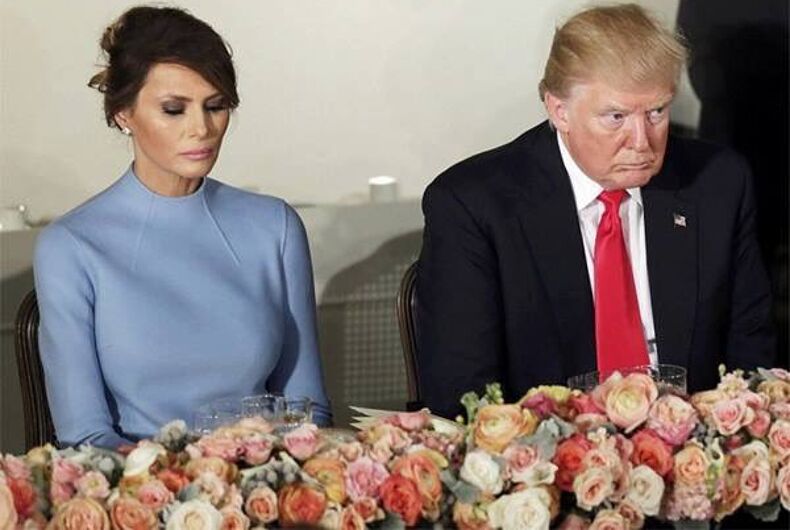 Perhaps the only person who looked more miserable at last week’s poorly-attended inaugural festivities other than Donald Trump himself was his wife, Melania. We’re 99.9% sure that becoming First Lady was definitely not on her list of life’s ambitions when she took her first illegal modeling gig after moving to America 20-some years ago. And yet here she is, thrust into a role neither she nor the majority of Americans ever wanted her to have.

Now, a video has begun circulating on social media that may expose a crack in Melania’s otherwise meticulously manufactured facade. It happened during the opening prayer on Friday morning, as Franklin Graham was blessing Donald and his family. The Donald chose that moment to turn around and mutter something to his wife. What he said will probably never be known, but the shift in expression on her face speaks volumes:

Some have tried to suggest the video is fake and that someone reversed the clip; however, another shot of that same moment from a different angle shows that it, indeed, happened. If you listen to the audio at the :18 mark and watch Trump’s movements, it’s clear the clip was not doctored:

No “alternative facts” with this one, folks. We never thought we’d say this but… Poor Melania!