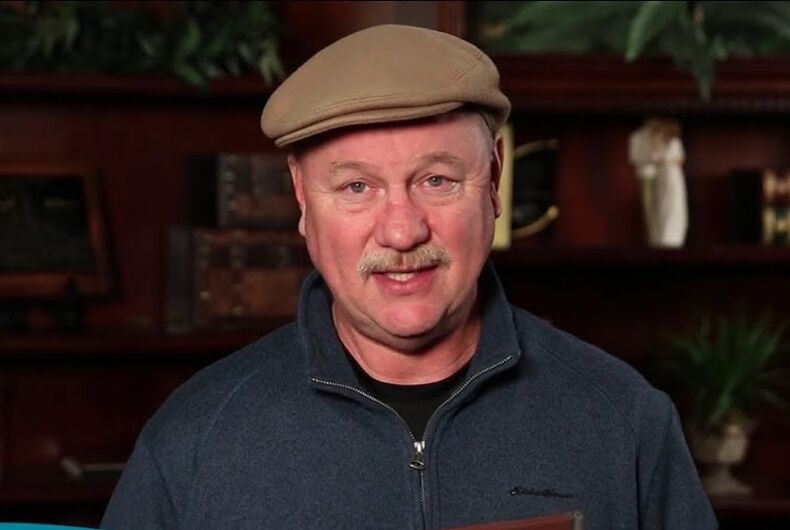 In his never-ending bid to court evangelical supporters, Donald Trump has invited Tim Wildmon, president of the American Family Association – a hate group masquerading as a Christian organization – to join his “Faith Advisory Council,” possibly referring to Donald Trump’s Evangelical Advisory Board or the White House’s Faith & Opportunity Initiative.

The Evangelical Advisory Board basically tell Trump what policies and initiatives to pursue to please evangelical voters.

In a statement about his joining the Council, Wildmon said:

Yes, [Trump] is a flawed man, but still, he is not embarrassed to be seen with or stand with “the evangelicals,” as he calls us. One of the reasons President Trump has taken unrelenting, incoming fire from the liberal elites — even before he was sworn in — is precisely because he is not ashamed of the Bible, the Constitution, the family, and the free enterprise system.

While the AFA has a long and well-documented history of anti-queer statements equating homosexuality to disease, pedophilia, and bestiality, Wildmon himself has said that transgender-inclusive bathroom policies are “exactly how sexual predators get access to their victims.” He has also called Islam “a religion of war, violence, [and] intolerance.”

His organization continues to pursue crusades against any companies that dare to acknowledge the existence of queer people. The AFA off-shoot One Million Moms (OMM) regularly targets high-profile TV shows, movies, magazines, and commercials for depicting LGBTQ people.

Update: The White House denies that Wildmon is involved in the “Faith Advisory Council.”

White House Deputy Press Secretary Judd Deere told the Washington Blade: “I have no idea what he’s talking about.”

“There is no such thing as a White House Faith Council or Advisory Board. There is a Faith & Opportunity Initiative led by an advisor, Pastor Paula White, but it does not include a council or advisory board.”

Don’t wait on Hallmark. Here are a few LGBTQ holiday films you can already watch.