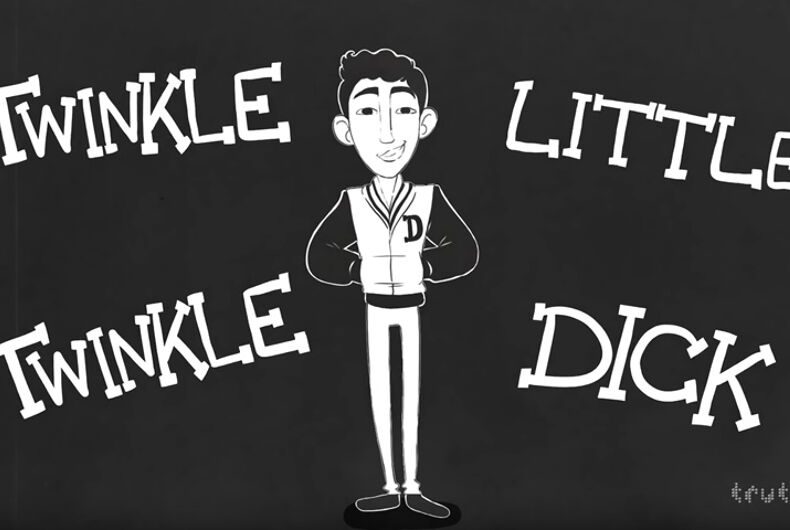 “Truth Initiative anti-smoking commercials are always graphic and over the top. Their latest has crossed the line,” reads the One Million Moms website.

The ad featured a hapless, animated character named “Dick,” and focuses on cheeky euphemisms to deliver its message linking smoking to erectile dysfunction. It is all set to the tune of Twinkle, Twinkle, Little Star.

According to One Million Moms, the wordplay and innuendo go too far.

“The ad goes into details associated with erectile dysfunction for our children to see. It’s highly offensive and inappropriate,” says One Million Moms.

The release adds, “Children as young as 3 are singing a seemingly harmless nursery rhyme that has now been perverted and twisted. Is nothing sacred anymore?”

The ad premiered during the 2018 MTV Video Music Awards, and ran during some of the after midnight offerings on Nickelodeon.

Contrary to the claims of One Million Moms, a representative from the Truth Initiative told LGBTQNation that has not run this advertisement on Cartoon Network. They have aired other spots during the network’s late-evening Adult Swim block.

The Truth Imitative is a non-profit organization established in 1999 and dedicated fighting against young people smoking. As such, it has always pushed the limits in its messaging, attempting to reach a younger demographic with flashy and edgy messages.

One Million Moms claims to fight against the exploitation of children, but largely focuses on campaigns against content they find “offensive,” much of which is LGBTQ oriented.

View the ad below: