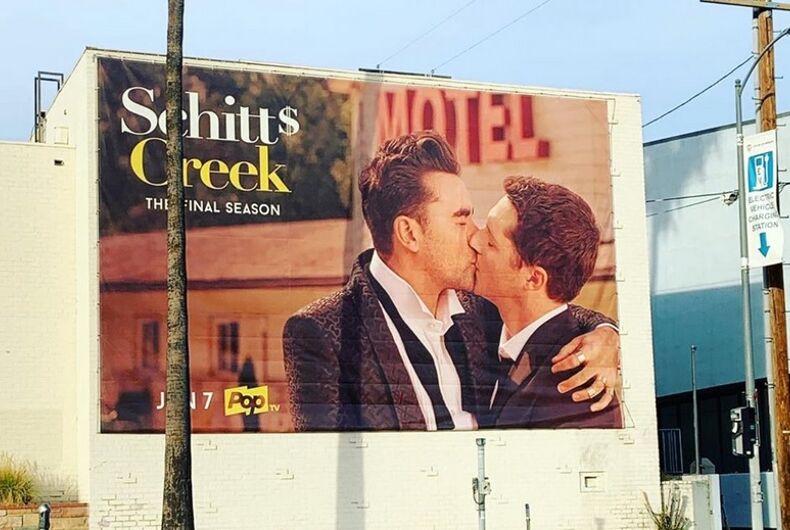 A billboard with a giant gay kiss was put up in Los Angeles to advertise the show Schitt’s Creek.

“F*ck yes we did. Shine bright, friends,” tweeted Levy with an image of the billboard, thanking networks POP TV and CBC, which air the Canadian show.

“Their support on this campaign that my teenage self would never have dreamed to be true.”

F*ck yes we did. Shine bright, friends. Very grateful for @poptv and @cbc and their support on this campaign that my teenage self would never have dreamed to be true. ✌🏼❤️😘 pic.twitter.com/FeXqoE8WVv

Pride‘s Rachel Kiley notes that public ads in LA that show gay people are usually about STDs and sometimes about sex-related businesses, but that “billboards depicting a loving gay couple in an open display of affection that aren’t sexualized in any way are not exactly common.”

Schitt’s Creek debuted in 2015 and its sixth and final season will start next month. In 2019, it was nominated for four Emmy awards and has been nominated for dozens of Canadian Screen Awards since its first season.