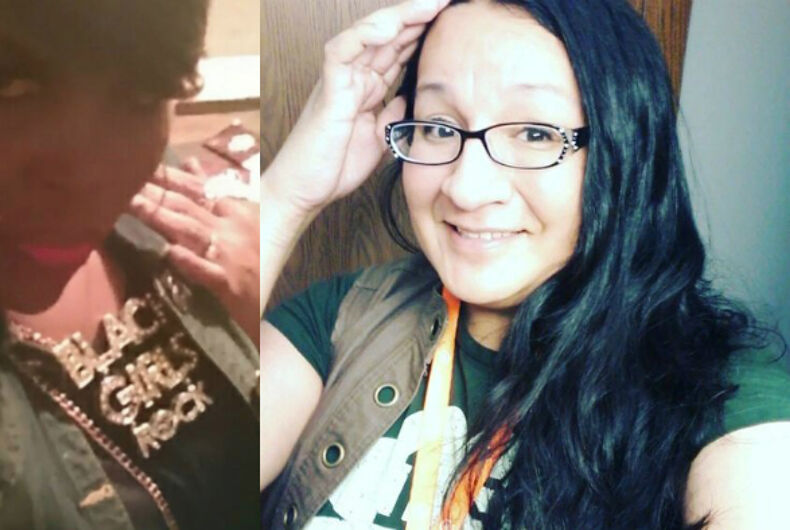 I feel anger, outrage, and depression. We had barely turned the corner into 2017 when we received reports of two trans women of color whom people violently and viciously murdered.

Though 2016 saw the highest number of trans people reported killed in the United States with at least 24 known instances — the vast majority being trans women of color — at the current rate, 2017 portends to be even worse.

History is replete with groups and individuals facing colossal odds for simply expressing their truth, and for that, they were often forced to pay the ultimate price. Governments and individuals have devised ways of silencing opposition to maintain and extend its control and domination. They commit genocide upon the true human liberators, the prophets, the visionaries who advocate for a just and free world.

Antonio Gramsci wrote about the concept of “cultural hegemony,” which describes the ways in which the dominant group successfully disseminates its social definitions of reality and its social visions in a manner accepted as “common sense,” as “normal,” and as “universal.” This hegemony maintains and expands the marginalization of groups with differing identities or opposing views.

Trans people have exposed the truth regarding this fabrication we call “gender roles” and the rigidity of gender identity as social constructions, which our society ascribes to each of us as it assigns us a sex at birth. With the label “female” assigned at birth, society forces us to follow its “feminine script,” and with “male” assigned at birth, we are handed our “masculine” script to act out.

As scripts are given to actors in a play, rigid notions of gender identities and the gender role scripts automatically assigned to them also were written long before any of us entered the stage of life. In fact, they have little connection with our natures, beliefs, interests, and values.

According to social theorist Judith Butler:

“The act that one does, the act that one performs, is, in a sense, an act that has been going on before one arrived on the scene. Hence, gender is an act, which has been rehearsed, much as a script survives the particular actors who make use of it, but which requires individual actors in order to be actualized and reproduced as reality once again.”

If we challenge the director by refusing to follow our lines, and when we tell the truth about this human lie about the rigidity of gender, the director (society) doles out harsh, often fatal punishments.

Members of the trans community often suffer the consequences of other truth tellers of the past. Nearly every two days, a person is killed somewhere in the world for expressing gender nonconformity. The vast majority of murders are of trans women of color.

Murderers of trans people react in extreme and fanatical ways at the direction of the larger coercive societal battalions bent on destroying all signs of gender transgression in young and old alike in the maintenance of these gender scripts.

Most of us function as conscious or unconscious co-directors in this drama each time we enforce gender-role conformity onto others, and each time we relinquish our critical consciousness by failing to rewrite or destroy the scripts in ways that operate integrally for us.

Those who bully in society and filtered into the schools often fulfill the social “function” of establishing and reinforcing the socially-constructed scripts handed to them when they entered the performance. This is generated by larger social institutions within our patriarchal culture.

We must not and cannot dismiss the murders of trans people as only the actions of a few disturbed and sadistic individuals, for oppression exists on multiple levels in multiple forms. The killers live in a society that subtly and not-so-subtly promotes intolerance, spreads stereotypes, imposes stigmata, and perpetuates violence and the threat of violence. These incidents of murder must be understood as symptoms of larger systemic national hegemonic forms.