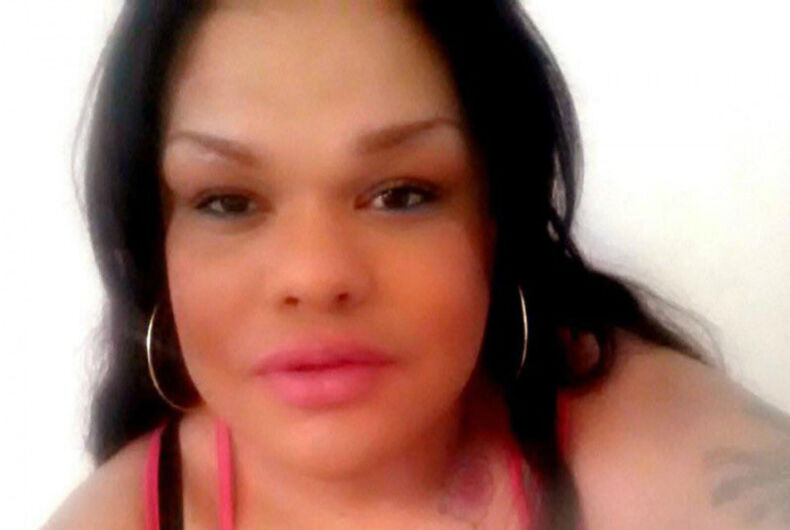 The murder of a transgender woman in El Paso, Texas, remains unsolved, her cause of death undetermined and her funeral plans unsettled.

Erykah Tijerina, 36, was found dead Monday night in an apartment where police say there were “obvious signs of foul play,” according to reports. El Paso’s Crimes Against Persons unit is investigating but the department tells local news media that the case is not being handled as a hate crime. No arrests have been reported.

Tijerina’s name is now among 19 trans victims of murder in the United States in 2016. Just days after her killing came a report from Columbus, Ohio, that police there are investigating another transgender murder: 28-year-old Rae’Lynn Thomas was reported to have been shot and killed by her mother’s ex-boyfriend.

A vigil for Tijerina is planned for Saturday night at El Paso’s EDGE nightclub, according to the Human Rights Campaign.

Tijerina’s sisters described her to KFOX-TV as “funny, giving and unapologetic about the person she was.”

She was not the resident of the apartment where she was found murdered, according to the El Paso Times, which like KFOX deadnamed Tijerina and misgendered her by erroneously identifying her as a man and reporting that she wore “women’s clothing.”

A GoFundMe account was established to help the family with funeral expenses, and has raised over $1,000 toward its goal. Tijerina Gonzalez wrote on the website:

“I hope we can get justice for that one man who killed her she didn’t deserve that. She is now in heaven with my mom they are together in peace their my angels rip I will always miss you and I’ll always remember you taught me to love my self. I love sis Erykah Monroe.”

In all of last year, at least 21 trans people were killed. More than 80 percent of those killed in 2016 have been women and about 20 percent, including Tijerina, have been Latinas, according to HRC.

Police: Trans woman killed by mother’s ex, who called her ‘the devil’