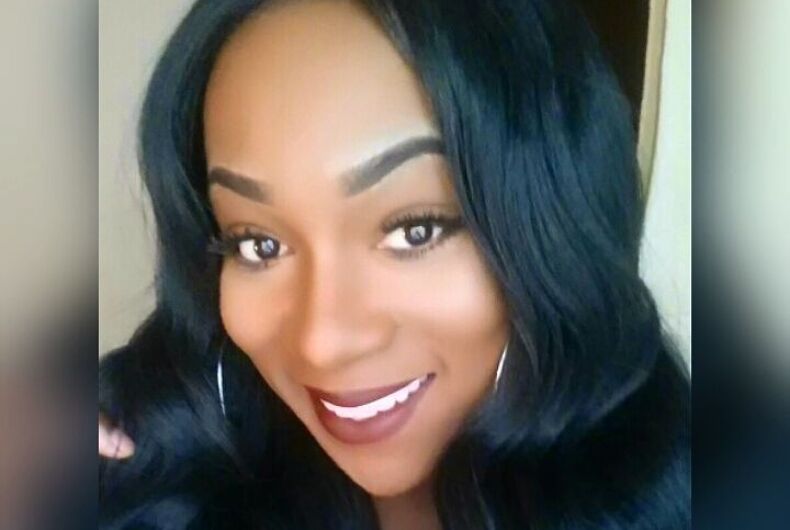 Rae'Lynn Thomas is the 19th transgender person reported murdered in the United States this year.Photo: Via Facebook

Another transgender woman has been killed in the United States, bringing the total number of known murders of transgender people in the country to 19 this year.

Police say Rae’Lynn Thomas, 28, was shot this week by her mother’s ex-boyfriend in their home, reports Columbus station WBNS. Her family is calling the tragic killing a hate crime, though Columbus police are not currently investigating it as such.

News of her death follows the killing of another transgender woman, Erykah Tijerina, who was found dead in her El Paso, Texas, home on Monday. Police are investigating her death as a homicide. Just last month, at least three transgender women were killed in the United States, including another Ohio woman, Sky Mockabee.

“Our hearts, minds and condolences are with the family, friends, and community of Rae’Lynn in this time of tragedy,” Aaron Eckhardt, of the Buckeye Region Anti-Violence Organization, said in a statement. “We must continue to come together as a broad community of support to say hate has no home in Ohio, hate has no home anywhere.”

While Rae’Lynn’s mother Renee refers to her as a son in the interview, Renee says most of her family was supportive of Rae’Lynn’s transition.

But Renee’s ex-boyfriend James Allen Byrd, who was still living with the family at the time, frequently expressed disgust with Rae’Lynn being transgender, often calling her “the devil” — including just before shooting her.

“He was in the bedroom and he just came around the corner and shot my son,” Renee told WBNS in an emotional interview.

After firing two shots, he continued to assault Rae’Lynn — who was 9 inches shorter and 110 pounds lighter than him — with whatever he could find.

“He picked up my heavy scale and wanted to beat him with that,” Renee recalls. “You shot my son. How much more?”

In her finals words, Rae’Lynn expressed her fear of dying and her love for her family.

Her mother called the police, who took Byrd into custody, where he faces a 2-million dollar bond and a murder charge.

Rae’Lynn’s family say they will remember her as a performer and fashionista who was the “life of the party.”

The epidemic is real: transgender Latina in Texas murdered

Texas school rules transgender girl will have to use boys’ bathroom