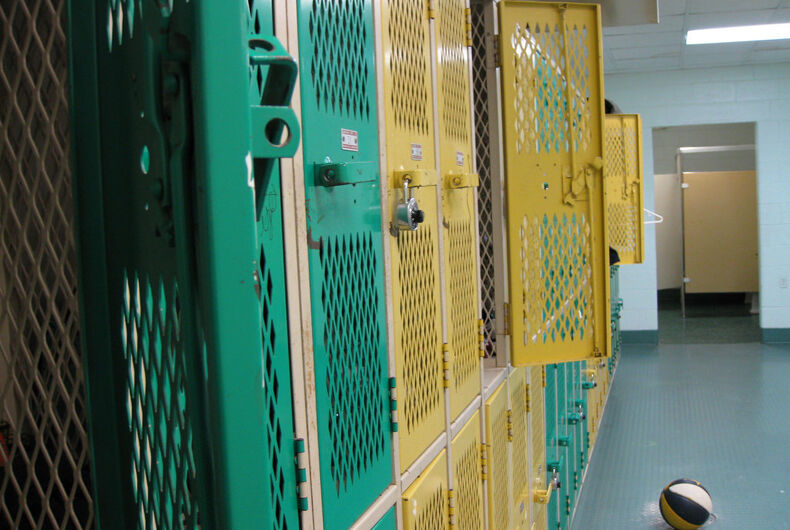 Transgender students' access to locker rooms and restrooms are up for debate in a 13-state lawsuit against President Obama's recent directives.Photo: Kate Ter Harr via Flickr

AUSTIN, Texas (AP) — Texas and 12 other states will ask a federal judge Friday to halt an Obama administration directive on bathroom rights for transgender students in U.S. public schools. Here’s what you need to know:

Q: WHAT STARTED ALL THIS?

A: The Obama administration told U.S. public schools in May that transgender students must be allowed to use bathrooms and locker rooms consistent with their chosen gender identity. That announcement came days after the Justice Department sued North Carolina over a state law that requires people to use public bathrooms that correspond with the sex on their birth certificate — which U.S. Attorney General Loretta Lynch had likened to policies of racial segregation. Republicans have argued such laws are commonsense privacy safeguards.

Q: A NEW SCHOOL YEAR IS ABOUT TO START. WHAT IF DISTRICTS DON’T COMPLY?

A: Schools were not explicitly told to comply or lose federal funds. But the Obama administration also didn’t rule out that possibility in court documents filed in July, saying recipients of federal education dollars “are clearly on notice” that antidiscrimination polices must be followed. Texas alone gets roughly $10 billion in federal education funds, and argues along with the 11 other states that they shouldn’t potentially lose money over what they criticize as a “massive social experiment.”

A: U.S. District Judge Reed O’Connor in Fort Worth is considering a preliminary injunction that would temporarily halt the directive, meaning schools wouldn’t have to worry about complying for now. He may not rule immediately.

Q: WHAT STATES ARE INVOLVED?

A: The lawsuit was filed in May by Texas, Alabama, Wisconsin, West Virginia, Tennessee, Oklahoma, Louisiana, Utah and Georgia, and the Republican governors of Maine, Mississippi and Kentucky. Two small school districts in Arizona and Texas, which have fewer than 600 students combined and no transgender persons on their campuses, also joined the effort to prevent the directive from being enforced.

Q: AREN’T THERE OTHER ONGOING LEGAL BATTLES OVER TRANSGENDER RIGHTS?

A: Yes. Perhaps most notably was the U.S. Supreme Court ruling this month that a Virginia school board for now can block a transgender male from using the boys’ restroom when school resumes.

Q: HOW MANY TRANSGENDER STUDENTS MIGHT BE AFFECTED BY THE SCHOOL DIRECTIVE?

A: The number of transgender students in U.S. public schools is unclear, but in June, a team of experts estimated that about 1.4 million adults in the country identify as transgender. That’s double the estimate from a decade ago, according to demographer Gary Gates, who worked on the survey with other scholars at the Williams Institute, a think tank at the UCLA School of Law that specializes in research on issues affecting lesbians, gays, bisexuals and transgender people.

He’s not competing, but the Rio Olympics are why Ian Thorpe came out

The epidemic is real: transgender Latina in Texas murdered