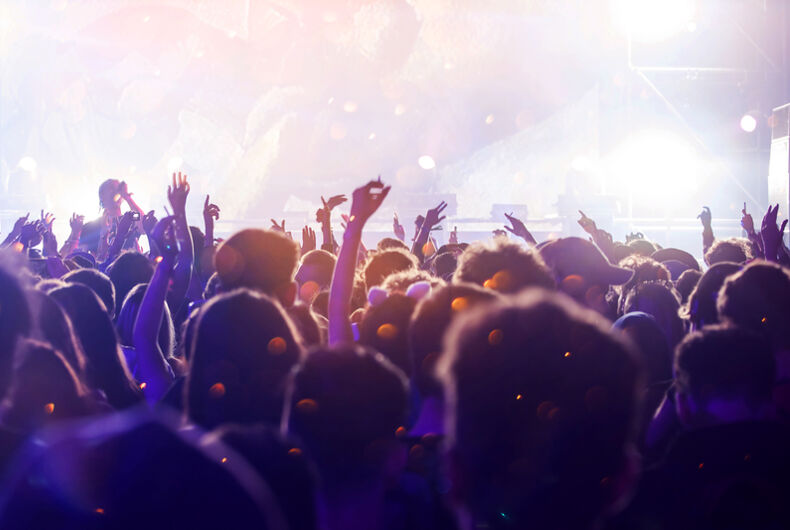 Through advocacy, visibility, and connection with queer fans, LGBTQ celebrities are changing the world. These celebrities repeatedly place themselves in the line of fire in the name of LGBTQ equality, and for that, they made us proud.

You can vote now for the Celebrity who Made us Proud.

LGBTQ Nation nominated five stars for LGBTQ Nation Heroes 2021. These people are helping usher in a new age of LGBTQ visibility and pride. In a world filled with hate and shame, their openness and vulnerability is nothing short of heroic.

The nominees for Celebrity who Made us Proud are Carl Nassib, whose coming out made NFL history; Billy Porter, who came out as HIV-positive and helped others by speaking vulnerably about his decades of internalized; Mj Rodriguez, who earned a historic Emmy nomination for her work on the iconic series Pose; JoJo Siwa, whose coming out was an inspiration for LGBTQ youth; and Bowen Yang, who is making the comedy scene queerer and setting the bar high for future SNL actors.

Las Vegas Raiders defensive lineman Carl Nassib came out in a historic Instagram post that made him the NFL’s first active out gay player. Nassib included a video and several screenshots of notes from his phone, explaining his decision to share the news now.

Nassib told fans he wanted to do his best to “cultivate a culture that’s accepting and compassionate,” and said he would start with a $100,000 donation to The Trevor Project, a nonprofit for LGBTQ youth suicide prevention.

A few weeks later, Nassib opened up to the press about his decision to come out.

“I was definitely surprised by the big reaction. It was incredible,” he said in a press conference. “I thought nobody would care. But it was such a good feeling to have all the support. I was glad I could do my part to help bring visibility and representation to my community.”

Actor Billy Porter was nominated for an Emmy this year for his work on Pose, and he has used his celebrity status to inspire people to vote and help people living with HIV feel less alone.

In May, Porter publicly discussed his HIV diagnosis for the first time since he was diagnosed 14 years ago. In an emotional interview with The Hollywood Reporter, he opened up about keeping his diagnosis from his mother and overcoming the immense shame he felt about his diagnosis to finally tell her. Porter’s frankness on the topic raised awareness and visibility for people living with HIV.

He also had some fun. Porter lit up the Internet with a one-of-a-kind performance of Buffalo Springfield’s “For What It’s Worth” at the 2020 Democratic National Convention.

Billy Porter’s public access tv performance of “For What It’s Worth” was by far the highlight of the first night of the DNC. Amazing. pic.twitter.com/VSkO3BgU5V

Continuing to use his influence, Porter also worked with GLAAD after the presidential election to remind everyone that LGBTQ voters, organizers, and groups like GLAAD made the difference in what was considered the most pivotal election of our time.

Pose star Mj Rodriguez’s Primetime Emmy nomination for her incredible performance on the show as Blanca Evangelista made her the first out trans actress nominated in a leading category. On the Emmy website, Rodriguez opened up about being Afro-Latina and transgender and how it has made her a fighter in Hollywood.

“The fight for identity, existence and liberation for myself and others like me would be long and challenging,” she wrote. “To this day, it is truly amazing to me how I didn’t realize that until I reached my mid-20s, but I was always and still am willing to fight.”

In an interview with CBS This Morning, Rodriguez expressed her excitement for the nomination and what it means for representation in the media.

“I wanted to be a part of change,” she said.

YouTube, music, and reality TV superstar and entrepreneur JoJo Siwa’s coming out has been lauded as world changing for LGBTQ youth.

Siwa was named one of the most influential people in the world by Time Magazine, and her coming out brought queer representation to her swathes of young fans all by wearing a T-shirt on Instagram that said, “Best. Gay. Cousin. Ever.”

Since coming out, Siwa has been open with her fans about her love life, publicly sharing her relationship with girlfriend, Kylie Prew.

She has also positioned herself as an LGBTQ warrior. This summer, Siwa fought successfully to have a scene removed from her upcoming movie Bounce in which she was supposed to kiss a man. In addition to not wanting to kiss someone other than her girlfriend, Siwa said she didn’t want to confuse her fans who may have struggled to see the kiss as fictional.

Siwa has also shown she isn’t afraid to stand up to former fans who spread hate online.

“My daughter will never watch you again,” user @_keemaria wrote. There were several replies to the comment, but Siwa’s remark back to the user was simple.

My cousin got me a new shirt pic.twitter.com/DuHhgRto7b

This year, Yang’s fame skyrocketed as he positioned himself as one of the funniest members of the cast, and he became the first SNL cast member in history to get an Emmy nomination in his first two years on the show as a “featured player.”

He has not only kept America laughing through some dark times, but he has also been helping to keep SNL queer, from appearing in sketches about sexy real estate fantasies and the pitfalls of Pride celebrations to his viral portrayal of the sassy iceberg the Titanic hit.

“First of all, you came to where I live and you hit me,” Yang said as the iceberg. “It was midnight. I was chilling. And then I hear this Irish cacophony behind me. And before I turn around and go, like, what? Half my ass is gone, which was my best feature. And I’m literally injured but all anybody cares about is that like, 40 or 50 people died or whatever.”

POV you’re the iceberg that sunk the Titanic pic.twitter.com/AeQZlHejqZ

We are so here for all of the queer celebrities using their influence for good. Now it’s your turn to tell us which of these five made you the most proud to be LGBTQ this year.