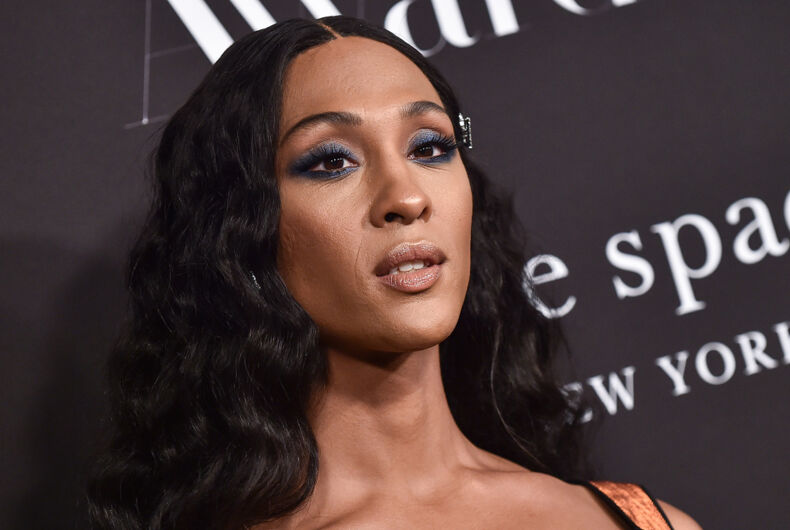 Actor Mj Rodriguez is being nominated for the Emmy for Best Leading Actress in a Drama Series for her work on the FX series Pose.

This makes her the first transgender person to be nominated in a leading acting category for the Emmy’s.

Related: Watch ‘Pose’ star MJ Rodriguez slay this song from ‘The Wiz’ in one take

Rodriguez starred in the series about the 1980s and 1990s New York City ballroom scene as Blanca Evangelista, and her exclusion from last year’s Emmy nominations didn’t go unnoticed. Billy Porter was nominated for an Emmy in 2019 and 2020 for his work on the show – and he won in 2019 – but none of the transgender and non-binary cast members were nominated even though the show is centered around trans stories.

“Something abt trans ppl not being honored on a show abt trans ppl who created a culture to honor ourselves bc the world doesn’t,” co-star Indya Moore wrote on Twitter at the time.

Rodriguez, who is 30, wrote about being Afro-Latina and transgender and how it has made her a fighter in Hollywood.

Her mother, she wrote, “prepared me for the obstacles ahead, knowing that as a person who is part of three different minority communities, how much harder I would have to work compared to my white peers.”

“The fight for identity, existence and liberation for myself and others like me would be long and challenging. To this day, it is truly amazing to me how I didn’t realize that until I reached my mid-20s, but I was always and still am willing to fight.”

Rodriguez said that she loved singing and acting and had a good education in the arts growing up, but when she tried to make a career out of it she felt she was “systematically being placed in a box.”

“It wasn’t until my big breakthrough, being cast in Pose, that the pieces of that box began to fall,” she wrote. “I realized I was breaking barriers as a leading actress of a hit show telling stories that had never been told before to mainstream audiences.”

A shining example of everything a Mother should be. Congratulations to @MjRodriguez7 on her history-making Emmy nomination for Lead Actress in a Drama Series for #PoseFX. pic.twitter.com/9iJrwL6Mrw

Billy Porter also received a nomination this year and the show is nominated for Outstanding Drama Series.

Are Black churches beginning to reckon with their embrace of homophobia?

Is Bette Midler gearing up for a farewell tour?