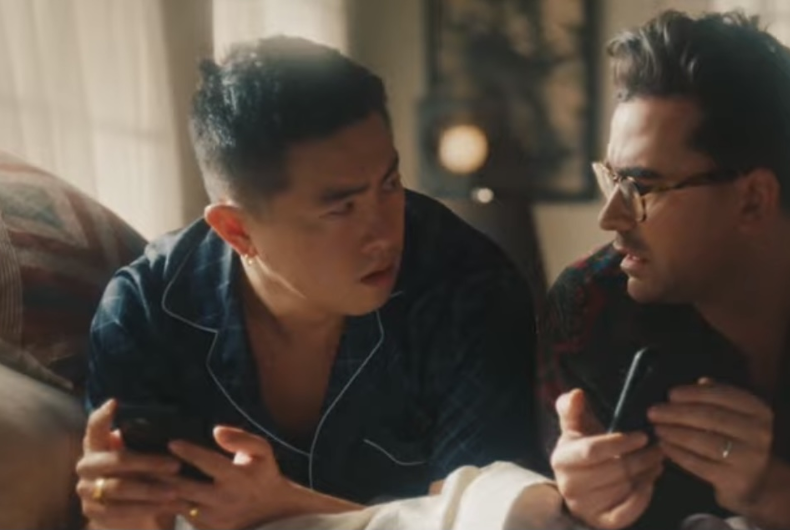 There’s something about having alone time that’s sometimes just incomparable. People have probably been getting a lot of that time recently, and every once in a while, they’ve likely given into those urges that were once unimaginable.

There’s no reason to be ashamed. It’s okay to admit it. We’ve all done it — it, as in scrolling through available home listings we know we can’t afford, with amenities we don’t need, online in the middle of the night for no reason other than to fantasize.

Related: Zillow listings will now show whether LGBTQ people are protected from discrimination in that city

Well, according to this new Zillow ad (really, a recorded sketch on Saturday Night Live), it’s no better time than now to give into those urges.

The spot mimics those that are typically made for seductive nature of late night hotlines. Instead of being asked to call to speak to a seductive voice, though, Zillow is asking you to call a real estate agent, come to the table, and close that deal.

The online real estate marketplace even convinced, among others, out celebrities Dan Levy (the guest host for last night’s episode) and (SNL featured cast member) Bowen Yang to give glowing endorsements of the practice.

“Real estate is your sex now… and our listings are just standing by, waiting for you to browse them,” says co-spokesperson (and fellow SNL regular) Heidi Gardner in the spot.

“And sex isn’t really doing it for me anymore… I need a new fantasy,” Levy groans.

“You need… Zillow,” the group of sexually-charged spokespeople say together.

yeah sex is great but have you ever gone on zillow pic.twitter.com/vOrqTxkYct

“I’d never want to live in North Carolina,” Levy says directly at the viewer while going through listings on a computer. “But if I did, I could buy a big, gross mansion.”

Mikey Day boasts about a colonial with “mature landscaping.” Beck Bennett can’t help but admit that he wants to “flip that” regarding one listing.

“Open the app and tell us what you really want,” Gardner pleads.

As Ego Nwodim explains, “The pleasure you once got from sex, now comes from looking at other people’s houses.”

Levy and Yang even get in bed together to show off how viewers can “go wild and invite their partner” to their fantasies.

When Levy tells Yang that one listed property’s guest house “has its own little kitchen,” Yang seems to melt in near ectasia, moaning and dropping deleted expletives.

If things get too intense, viewers are encouraged to call one of the property’s agents and inquire about buying. Once they get on the line with an agent like Donna with RE/MAX (Cecily Strong), they won’t have to worry about making regrettable decisions.

WHAT KIND OF STRAY DID I JUST CATCH OMG pic.twitter.com/5YDT4Q0B8M

Definitely not the only one!

This Zillow skit is assaulting me #snl

hey @danjlevy see you at home 😏

Trans people who want to serve can “walk in and join” the military. Right now.

Multiple ads including LGBTQ people will air during the Super Bowl