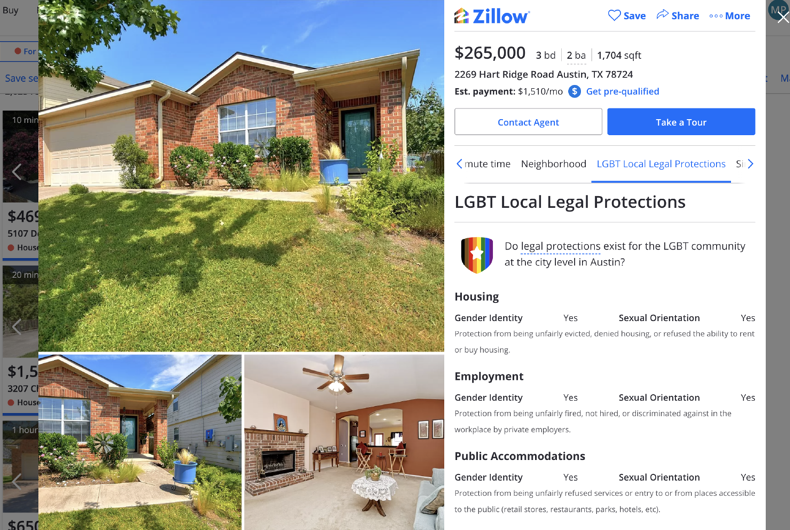 Online real estate behemoth Zillow has announced it will start showing local nondiscrimination protections for LGBTQ people on all listings.

Only 22 states and the District of Columbia have laws against housing discrimination that include sexual orientation and gender identity.

“In lieu of federal law and in the spirit of ‘turning on the lights,’ we want to give people the most information possible when buying, renting and financing a home, including which communities provide equal protection under the law for all.”

Listings will now show information for housing, employment, and public accommodations. The information is broken out into sexual orientation and gender identity since some locales only cover gay, bisexual, and lesbian residents.

“This definitely won’t end here,” says Doug Pope, Zillow vice president of rentals product teams. “There are other communities discriminated against in the U.S. and our hope is that we can expand our efforts to shine a light on the presence — or absence — of fair housing laws that impact those communities.”