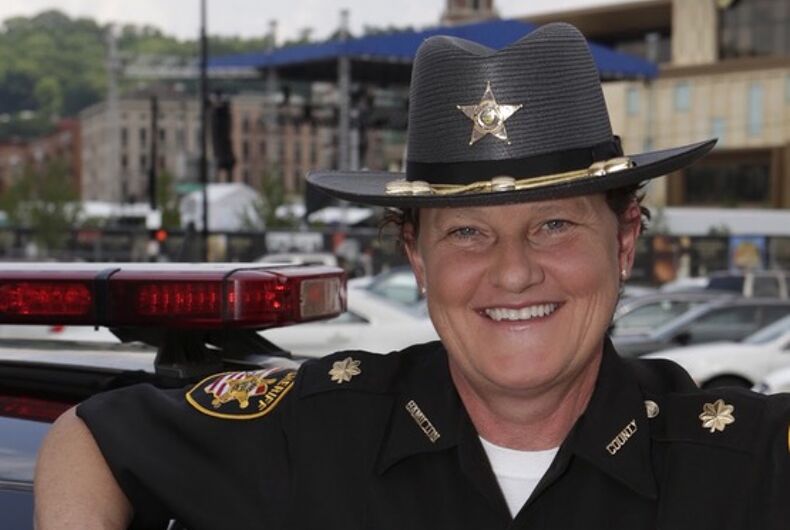 2020 was a historic year for the LGBTQ community, as more LGBTQ candidates were elected to public office than ever. Many of these candidates also made history as the first out LGBTQ people elected to their positions.

As we prepare to ring in the new year, these change-making politicians are preparing to do all they can to serve their communities.

LGBTQ Nation caught up with six of them to find out what they hope 2021 has in store.

Along with Congressman-elect Ritchie Torres, Mondaire Jones is one of the first out gay Black men ever elected to Congress and will represent New York’s 17th district. He is focused on fighting for low-income communities, communities of color, and LGBTQ people.

“The new year – and my first term in the United States Congress – will surely throw new challenges my way,” he said. “But I’ve resolved to stay grounded – in my values, and in my commitment to serve the people of Westchester and Rockland who elected me to represent them.”

I am humbled by the trust voters in Westchester and Rockland have placed in me, and grateful for the opportunity to serve the community that raised me — the community that just sent an openly gay, Black guy who grew up in Section 8 housing and on food stamps to Congress. https://t.co/O88nA5LN5q

“My New Year’s Resolution is to make the most of 2021: to make up for the lost time, lost connections, and lost opportunity for substantive change,” she said. “In 2021, we should honor those who’ve lost jobs, loved ones, or their own lives to the COVID-19 pandemic by meeting this moment with meaningful change.”

Diversity in government is not a luxury, it's a necessity for a healthy and responsive democracy.

We cannot craft effective solutions to the challenges facing a diverse state or country if we do not have the full diversity of those communities at the table. https://t.co/ocljVkZWYf

In Texas, Democrat and out lesbian Ann Johnson beat Republican incumbent Sarah Davis to flip her district’s seat blue. A cancer survivor with a passion for healthcare reform, her New Year’s resolution is focused on expanding healthcare access:

“My hope for 2021 is that we are able to finally expand Medicaid in Texas. It will not only provide health care to more than one million uninsured Texans in the midst of a pandemic, but it will bring $100 billion of federal funding back home to Texas as we work to recover from this economic crisis.”

Thrilled to be in Austin for our New Member Orientation. I am so thankful for the opportunity to represent House District 134 and am excited to get to work! pic.twitter.com/HGCXbylRrC

Democratic Sheriff-elect Charmaine McGuffey – and LGBTQ Nation‘s 2020 Up & Coming Politician of the Year Hero – turned the eyes of the nation to Hamilton County, Ohio when she ran for sheriff against the very man that fired her for being gay.

McGuffey beat her old boss, Jim Neil, in the Democratic primary and then went on to win the general election on November 3rd. McGuffey, who is focused on justice reform and police accountability, will also be the first woman and first out LGBTQ sheriff in Hamilton County.

“My New Year’s resolution is to continue to build a community coalition to bring criminal justice reform to Hamilton County,” she said. “On a personal note, after nearly two years of campaigning, I also want to spend more time with my wife Christine.”

To every little girl out there! pic.twitter.com/gnHLuWoq5f

Democrat Adrian Tam beat a neo-Nazi to become the only out LGBTQ elected official in Hawaii. With 63% of his district’s vote, Tam beat Nicholas Ochs, leader of the neo-Nazi hate group, Hawaii Proud Boys.

“My New Year’s resolution is to spend some time on self-care,” he said. “Whether it is exercising, going to the beach, or reading a book, I believe that self-care will make me a better legislator so that I won’t burnout on the job.”

Aloha,
We did it. I am grateful for the opportunity granted to me last night by the voters of District 22 to serve our community and our state as their representative. Thank you to all my supporters, volunteers, friends & family, and to the people of District 22. pic.twitter.com/IWHLvtcmCI

With Medicare for All as a major priority, Small’s New Year’s resolution involves focusing on her own health:

“My New Year’s Resolution is to drink more water, and less caffeine. It may seem like a small act, but it’s one that has resounding health impacts because by reducing caffeine I will better allow myself to listen to my body and not push myself beyond my means. This past year has taught me the valuable lessons of patience, flexibility, and persistence, which I will also carry into the new year.”

A trans woman was murdered on Christmas Day. Police are choosing to misgender her.