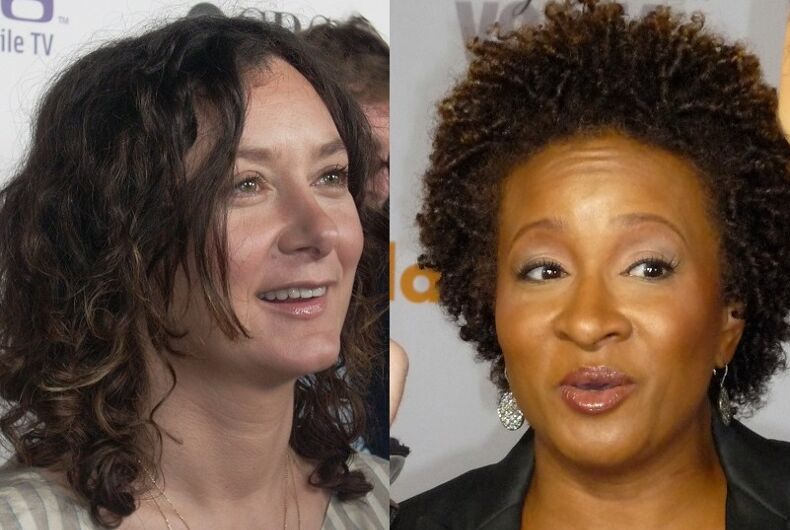 After Roseanne Barr’s racist meltdown on Twitter in 2018, two lesbians associated with her then-rebooted show made sure to express their condemnation. By turning their backs on Barr, Sara Gilbert and Wanda Sykes showed that a line had indeed been crossed.

Gilbert, who played the role of Darlene on Roseanne, said that Barr’s comments “are abhorrent and do not reflect the beliefs of our cast and crew or anyone associated with our show. I am disappointed in her actions to say the least.”

Sykes, a consulting producer on the reboot, simply sent one sentence to Twitter: “I will not be returning to @RoseanneOnABC.”

With two of the comic’s longtime friends and coworkers flatly condemning her tweets, the rebooted show was quickly canceled after only one season. Viewership was high though so the network created a spinoff, The Conners.

Her television husband, John Goodman, broke the news to fans that Roseanne’s character in the hit show was killed off to make way for the new series.

“She had to sign a paper saying that she relinquished all her rights to the show so that we could go on,” he said. “I sent her an email and thanked her for that. I did not hear anything back, but she was going through hell at the time.”