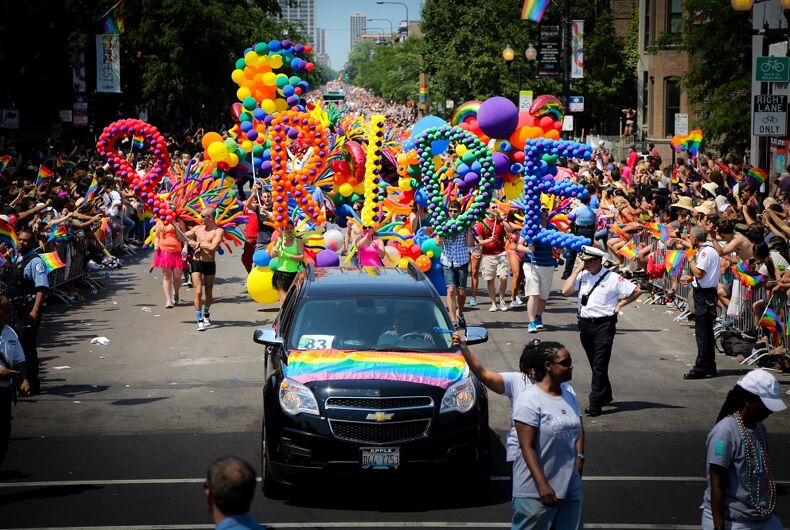 When the organization that runs L.A Pride announced in mid-March that they were postponing the event until later in the year, a lot of people were shocked and upset. It was still unclear just how bad things were going to get in terms of the coronavirus; many felt that it was a premature decision and that it seemed extreme for the festivities to be re-scheduled.

I must admit that I was, at first, one of those who said that perhaps we could wait a little longer to see how things played out?

Related: Prides are getting canceled, so now organizers are coming together for an online, global Pride

Well now it seems like the L.A. Pride organizers’ decision was prescient. It’s not clear when we’ll be able to even begin going back to normal, and based on what California Gov. Gavin Newsom (D) has said recently, it’s very unlikely that large scale events such as Pride will be able to even take place at all this year. It may not be until 2021 that L.A. Pride and similar gatherings across the country are allowed to occur once again.

Anticipating this likelihood, New York City Pride announced the other day that they were canceling their plans for 2020 altogether.

I share the deep disappointment that many harbor about this. I live in West Hollywood, one of the few remaining gay meccas, the location and core of the L.A. Pride festivities each year where the LGBTQ community is not only strongly represented in terms of numbers but in terms of the culture and political power. To lose the main event that celebrates and defines who we are to the world is a major blow to a large segment of our people, and I’m sure this is the case for LGBTQ people in every community that usually has a Pride festival every summer.

The truth is, however, that Pride can never truly be cancelled. Pride is much more than an event; it’s a way of life. I know that sounds cheesy, but I mean it in a genuine, literal sense. It’s the Pride and love we feel towards each other, the recognition of the diversity that makes our LGBTQ family so unique and special.

We may not be able to gather in-person, but I have no doubt that there will be plenty of virtual opportunities for us to celebrate with our friends. Through modern technology we can keep our connection to each other strong and, through music, film, books and other cultural mediums, bond over our shared history.

Pride is also, in a sense, more important than ever this year. We have a gargantuan fight in front of us to defeat this Donald Trump in November, so let us harness the strength that has made the LGBTQ community one of the most influential political coalitions in modern history to not just throw Donald Trump out of office but ensure that Democrats take back the U.S. Senate.

Thank God that in lieu of the traditional methods of campaigning we have online tools such as social media we can use to get the word out about why we need Joe Biden as the next president and why it’s equally important he has a Congress that will pass his progressive agenda into reality.

So while I understand and empathize with the disappointment, discouragement and despair some of you may feel, I ask you to pick your head up and focus on the light at the end of the tunnel.

We will get through this, and in the meantime let’s use this time we have at home to count our blessings, express our appreciation for each other through the modern communication at our fingertips and focus on the important mission in front of us, because boy do we have one. Pride will never go away – it lives within all of us, now let’s use it to fuel us into the future.