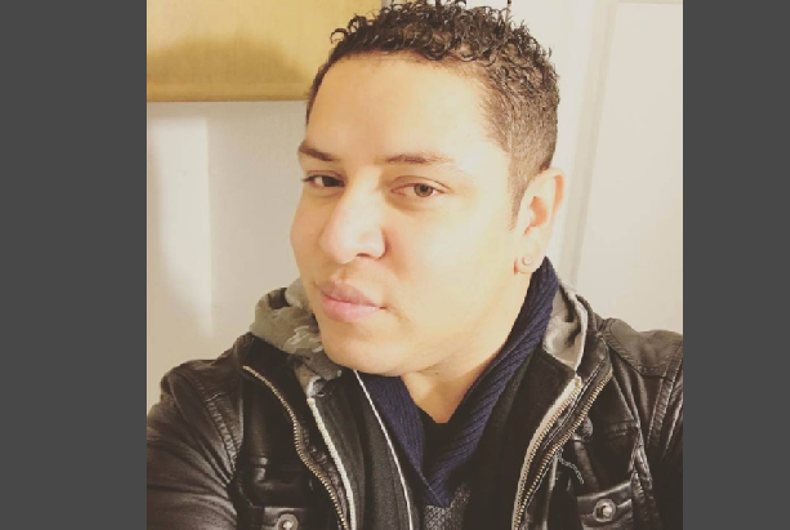 Late Tuesday night, shots rang out in Central Fresno, California. But ABC 30 reports that the sound of shots fired in that part of town is not uncommon, so no one called the police. When Fresno police officers got an alert from their shot spotter system, they arrived on the scene minutes later to find a gender non-conforming person dead in the street.

Police initially identified the victim, 34-year-old Imer Alvarado, as a transgender woman, but friends say they knew Alvarado as a gay man. They also noted that Alvarado was hard of hearing but able to read lips.

It’s not clear what led police to identify Alvarado as transgender, but if the victim was dressed en femme — regardless of their identity — then transphobia could be a factor in their death.

Mic’s Mathew Rodriguez talked to sources who indicated they believed that Alvarado was dressed in drag at the time of his death. KFSN later reported that detail as well.

A friend and drag queen, Patricia de Leon, was among those who told Mic that Alvarado was a gay man who sometimes dressed in drag. She described Alvarado as a “loving, happy guy” who “befriended many people” in the local LGBTQ community.

Alvarado was found just 10 blocks away from gay bar The Alibi, a venue he appears to have checked into on Facebook on Monday night. Police said they believe Alvarado was running away at the time of the shooting and that they are looking into the possibility the killing was a hate crime.

“We do know that this victim appears to be a transgender,” said Chief Jerry Dyer, Fresno Police Department. “What appears to have occurred is that there was some type of disturbance that started in the alley way that disturbance between these two individuals ultimately carried out onto the street where this victim was found.”

“This is not the first time that our community and especially the LBGTQ has been victims right here in Fresno,” Kaylia Metcalfe-Armstrong, of Gay Central Valley, told YourCentralValley.com.

Eleven transgender Americans have been murdered in 2017. All of the reported victims have been people of color, mostly women.

EDITOR’S NOTE: This report was updated to include new reporting by Mic’s Mathew Rodriguez that friends believed the victim to be a gay man who performed in drag, and that he did not identify as a transgender woman.

Do you suffer from the newest form of PTSD?