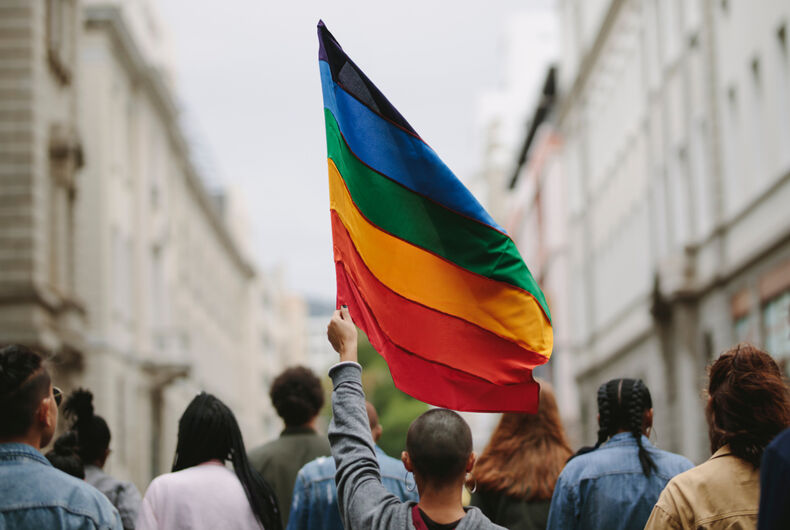 Out celebrities often get all the attention, but there are so many others out there striving to make life better for the LGBTQ community.

From fighting for equal rights to expressing acceptance for loved ones, from young children and high school students to parents, these people show us what it really means to make a difference.

In April, 10-year-old Kai Shappley went viral for her testimony in front of the Texas Senate State Affairs Committee, during which she schooled legislators on how to be better adults. Shappley spoke against a proposed law that would have branded her mother as a child abuser for supporting her daughter’s transition.

“I do not like spending my free time asking adults to make good choices,” she said. “Texas legislators have been attacking me since Pre-K. I am in fourth grade now… It makes me sad that some politicians use trans kids like me to get votes from people who hate me just because I exist. God made me. God loves me for who I am and God does not make mistakes.” 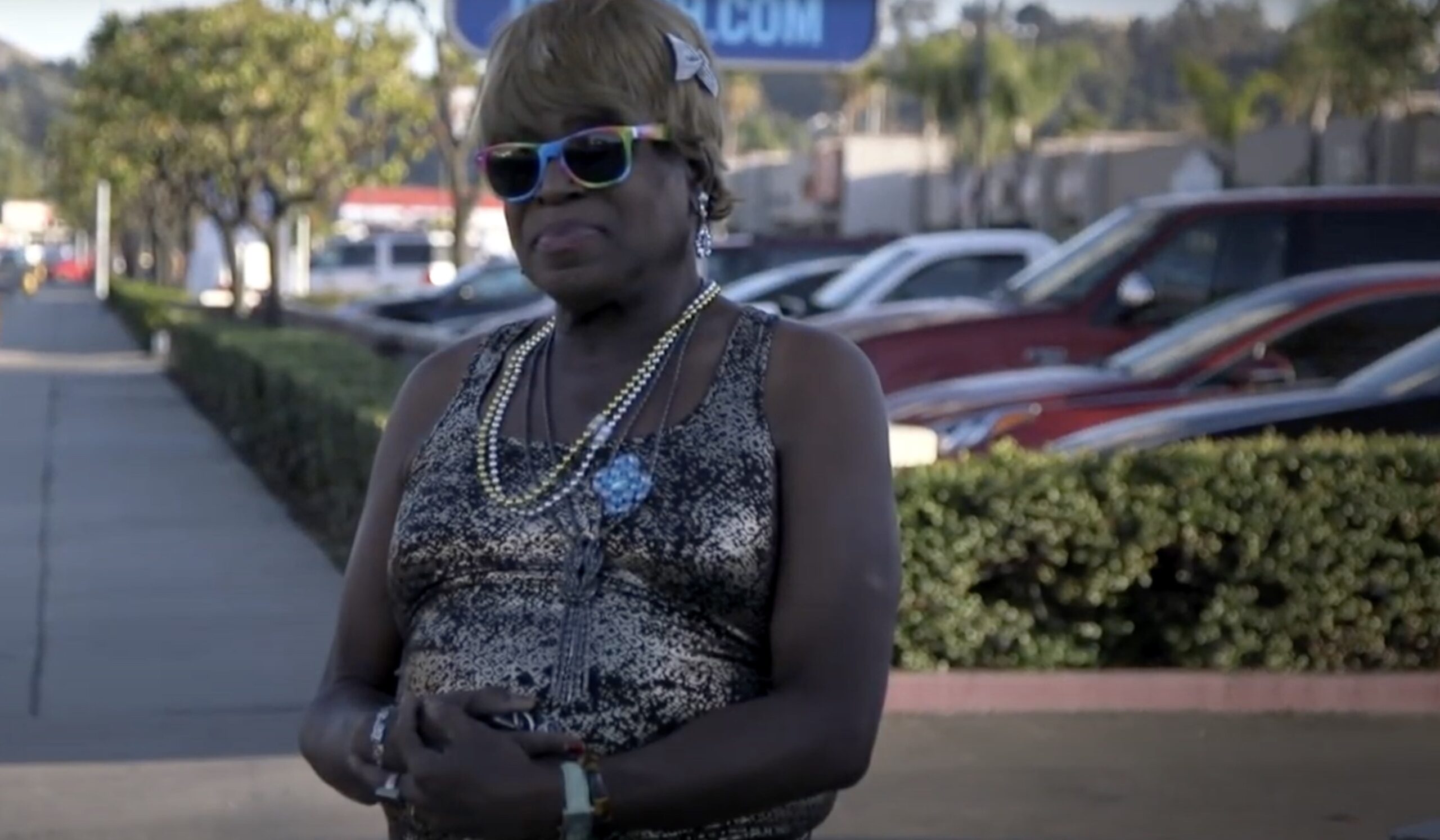 Christynne Wood, a California trans woman, sued her gym in 2018 when she was not allowed to use the women’s facilities. This year, she won a settlement with the fitness center.

Wood will not only receive a payout, though. Because of her lawsuit, the employees at Crunch Fitness will take anti-discrimination training that includes a focus on gender expression.

“I feel elated and validated to finally reach resolution in this case,” Wood said in a statement released by the ACLU. “I hope the settlement helps the owners of Crunch and other gyms appreciate the importance of respecting transgender people’s identities. It’s not only our legal right, but also could save a life.”

In March, Alex Santiago of the I Am Human Foundation decided to address violence against Black trans people in his own city of Atlanta, Georgia.

At first, he was all for supporting the Black Lives Matter (BLM) movement when it erupted in popularity in the summer of 2020. But Santiago came to understand that his Black trans and queer peers weren’t always openly embraced by those leading the movement, although it was co-founded by four women — two of whom are out: Alicia Garza and Patrisse Cullors.

“You know what? Maybe we’re not included in [BLM],” Santiago thought. He decided that needed to change, so he met with a local company and planned to buy a billboard.

“I was like, ‘Okay, I got to bring awareness to Atlanta that we’re here and that we matter,’” he explained.

But to Santiago’s surprise, the company was so excited to place his spot, they allowed him to place his message on three more billboards, bringing his total to four billboards for the price of one.

Three of the billboards read, “Black Trans Lives Matter,” and included the hashtag “#StoptheViolence” and the website for the I Am Human Foundation. One billboard simply denoted, “I Am Human”, the foundation’s slogan, “Empowering Lives One Human At A Time”, and the website IAmHumanFoundation.org. 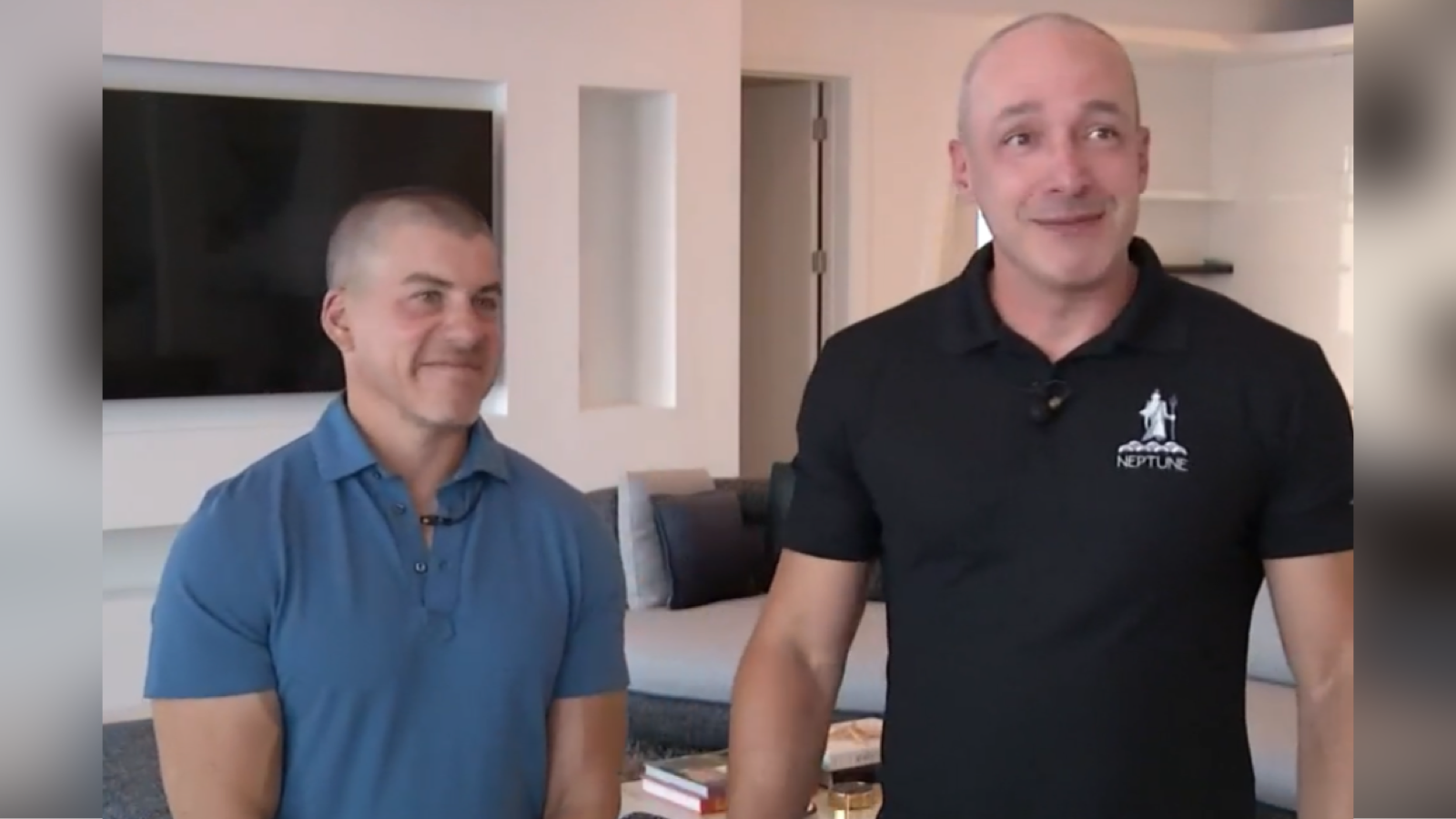 This year, married couple Gary Hess and Trevor Burgess — the first out CEO of a publicly-traded financial institution — decided to celebrate their 25th anniversary by giving back.

“We’ve built, together, two successful businesses in St. Petersburg and we decided we wanted to give back to our community,” Burgess told Bay News 9 in June. “So we picked 10 organizations, many that we have worked with before and some that are in special need right now, and decided that we would make 10 $25,000 gifts.”

On TikTok in August, loving mom Tamra Moon showed us what unconditional love really looks like.

Moon’s video of loving her LGBTQ son lit up the internet, forcing (happy) tears on unsuspecting viewers across the world.

“The first thing I said to you was, ‘Hey! I know you!’,” she said at the beginning as the camera showed her working on their hair.

As the video continued, the caring mother listed ways that their son surprised her throughout their young life, showing her more and more of themselves.

“Thank you for trusting me enough to tell me who you are,” she said at the end.

“This is how easy it is to love your child unconditionally,” a Twitter user wrote in response.

This is how easy it is to love your child unconditionally pic.twitter.com/BVUkA8L4Ow

High school students across the country

This year, high school students all over the United States stood up for their LGBTQ peers and made it clear that they would not tolerate bigotry in their schools.

At a Missouri high school in October, over a hundred students held a walkout in support of a gay student who had faced constant bullying and violence this year at school.

In November, the Gay-Straight Alliance of West Linn High School in northwest Oregon organized a walkout of roughly two dozen students to protest homophobic harassment by fellow classmates and the presence of a Chick-fil-A food truck at the school’s football games.

And in Upland, California, 200 students staged a protest to support a lesbian student who was punished and tormented for years by her Catholic school’s administration to keep her from having a girlfriend.

In September, a transgender student was allegedly blocked from using the locker room at a Texas high school. Her classmates rallied for her, organizing a walkout and protest in support of transgender equality.
That same month, students at a high school in Iowa walked out after a teacher was placed on leave for answering truthfully when a student asked if he is bisexual.
The list goes on. Young people, it seems, are no longer tolerating hate.

Dominique Morgan is the executive director of the LGBTQ-focused prison abolitionist organization Black and Pink, which provides full-spectrum services to LGBTQ+ people affected by the carceral system.

“We talk about abolition in a larger space,” Morgan told LGBTQ Nation, “because we want to dismantle any barriers that are in our communities for oppressed people to access their best-lived experience.”

A survivor of incarceration, herself, Morgan has worked tirelessly to ensure the organization offers services — from housing to food to healthcare — to both those who are currently incarcerated and those who have been released. This year, the organization has been fundraising to launch “Opportunity Campus,” its project which will provide housing and community for LGBTQ youth impacted by systems like incarceration and foster care.

“At a time when these laws are actively being created to oppress queer and trans youth,” Morgan told Into in April, “we’re trying to build and create a space that not only shelters them from it but gives them space to thrive and grow.”