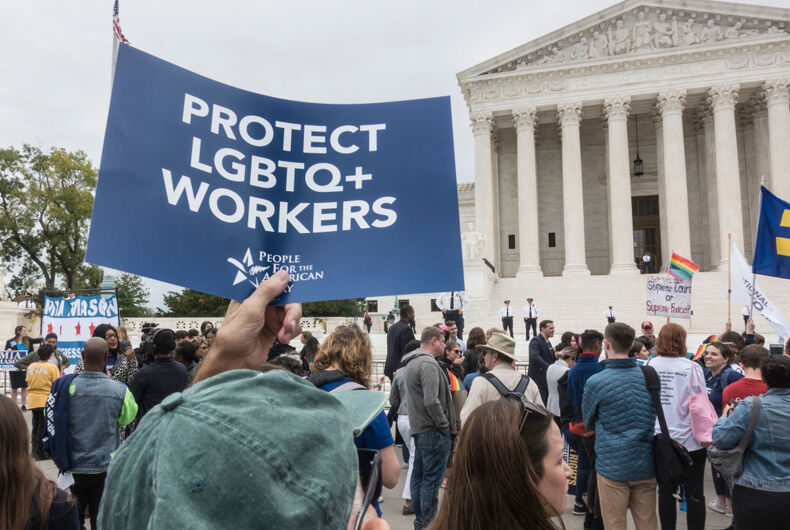 Rally for LGBTQ rights outside Supreme Court in 2019 as Justices heard arguments in the Bostock cases on job discrimination.Photo: Shutterstock

Around 100 students at Winterset High School in Iowa walked out yesterday after a teacher was placed on leave for answering truthfully when a student asked if he is bisexual.

“We’re hoping that this will help Mr. Kaufmann,” Cora Smith, one of the students, said.

This made some parents angry. Even though straight teachers tell their students all the time about their sexual orientation – like when they talk about opposite-sex partners, their children, or many other details from their lives – many parents don’t like it when LGBTQ teachers do the same.

Jacob Hall, who runs the local anti-LGBTQ website Iowa Standard, wrote a blog post attacking Kaufmann for coming out as bisexual. Hall posted what he claimed was the offending PowerPoint slide, saying that an unspecified number of parents said it “wasn’t appropriate for the classroom setting.” 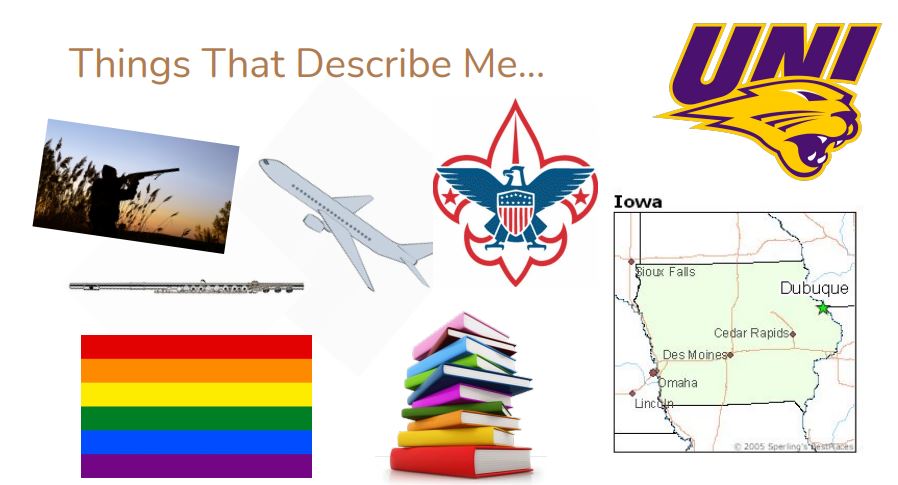 Hall also said that he talked to Winterset Superintendent Justin Gross, who said that the district will “always welcome and appreciate the feedback of parents.”

Shortly after, Kaufmann was placed on leave.

When the Des Moines Register – a mainstream publication in the state – tried to talk to Superintendent Gross, he was less forthcoming. He said that Kaufmann was put on leave because of “concerns” about the presentation, but he didn’t explain further.

But he did say that he’s aware that anti-LGBTQ job discrimination is illegal in the state.

Students, though, are speaking out against homophobia.

“It’s showing how homophobic our town is and it’s not a good reputation for our school,” said one eighth grade student who participated in the walk-out. “It’s proving that kids cannot come out without punishment.”

“When I was in junior high it would have been great to have a bisexual teacher or someone that I would feel safe talking about my sexuality with,” said tenth-grader Kiona Newbrough.

Newbrough put together a Change.org petition that has gotten almost 1900 signatures so far.

Kaufmann “wanted to make sure that the LGBTQ+ students at the school know that he was a safe person to talk to and an ally for them,” the petition says. “It is absolutely unjust and downright disgusting that government officials have now made this whole situation political.”

“They also falsely accuse him of talking about his sex life in school, which is not what he did. The only thing he is guilty of is trying to show his students they could have a safe person to talk to about themselves and their sexual orientation, without any form of judgment.”

“The ISEA believes an educator should be allowed to teach without hiding their identity,” said Jean Hessburg of the Iowa State Education Association, a teacher union, saying that they can’t comment about Kaufmann’s case specifically.

BTS billboard taken down in Pakistan for “promoting homosexuality”