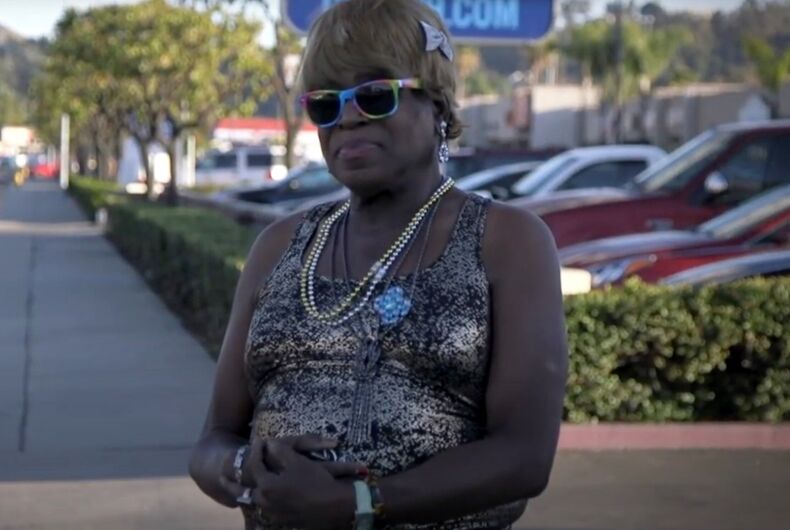 A California trans woman who sued her gym when she was not allowed to use the women’s facilities has won a settlement with the fitness center.

Christynne Wood had been a member of Crunch Fitness for nine years when in 2016, she informed employees she was transitioning and even provided legal proof of her name and gender change.

Wood told the gym that as a result of her transition, she would be using women’s facilities from now on, but the employees wouldn’t let her.

“I brought my paperwork out to show them and was immediately told ‘no, no, no, not so fast,'” Wood told CBS 8.

For eleven months, she was forced to continue using the men’s locker room, where she endured harassment more than once. After that, the gym finally allowed her to switch to the women’s rooms.

In 2018, the California Department of Fair Employment and Housing (DFEH) sued the gym on Wood’s behalf for violating California’s Unruh Civil Rights Act, which bans discrimination based on gender identity and expression.

DFEH was later joined in the lawsuit by the ACLU of San Diego, the ACLU of Southern California, and the Nixon Peabody law firm, Advocate reported.

VICTORY: Today, our client Christynne Wood won a settlement with Crunch Fitness in El Cajon, after the gym had refused her to use the women’s locker room and restroom, even though it is clearly her right under California law. https://t.co/oK9k6H5LJg

According to the ACLU, Wood will not only receive a settlement, but employees at Crunch Fitness–which has changed ownership and management since Wood’s mistreatment–will take anti-discrimination training that includes a focus on gender expression.

“I feel elated and validated to finally reach resolution in this case,” Wood said in a statement released by the ACLU. “I hope the settlement helps the owners of Crunch and other gyms appreciate the importance of respecting transgender people’s identities. It’s not only our legal right, but also could save a life.”

“DFEH brought suit in this case…to vindicate the essential right of transgender Californians to live their lives free from discrimination,” DFEH director Kevin Kish said in a statement. “Today’s settlement ensures that no Californian will face the discrimination Ms. Wood experienced in the future at this establishment.”

Wood has remained a member of the gym, citing how it helped her get in better shape after she had an angioplasty.

“Why would I leave something that was such a positive thing in my life?” she told CBS 8. “Mistakes were made but they got corrected.”