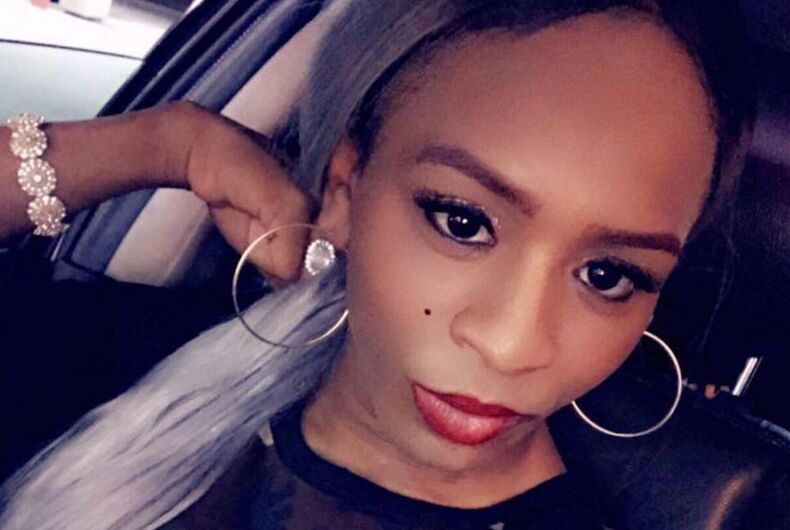 A 28-year-old trans woman named Nina Pop was found stabbed to death in her Sikeston, Missouri apartment on May 3. Police are investigating the incident and whether it constitutes a hate crime.

While neither police nor the media have released any additional details about Pop’s death, her Facebook page says she attended high school in Sikeston (population 16,000) and a 15-minute live video posted there shows that she attended a party in the early morning hours on the day of her death.

The video shows Pop walking around a field and a structure of some sort, sipping on a drink while people excitedly talk around her. She is wearing makeup and earrings and has a sweatshirt on.

“We are seeing an epidemic of violence that can no longer be ignored,” said Tori Cooper, director of community engagement for the Human Rights Campaign’s Transgender Justice Initiative. “Transgender and gender non-conforming people, especially trans women of color, risk our lives by living as our true selves — and we are being violently killed for doing so.”

HRC says she is the 10th trans person to be murdered this year.

Among the other trans women murdered this year are Penélope Díaz Ramírez, Layla Pelaez Sánchez and Serena Angelique Velázquez Ramos, three women who were all murdered in Puerto Rico during the same week.

There’s also Johanna Metzger, a trans woman found stabbed to death in Baltimore, Maryland on April 11; Monica Diamond, a trans woman brutally gunned down in front of police while receiving treatment in an ambulance; Yampi Arocho, a Puerto Rican trans man who was shot in the face;  Neulisa “Alexa” Luciano Ruiz, a Puerto Rican trans woman murdered after people harassed her for using a McDonald’s restroom; and Dustin Parker, a trans male taxi driver shot to death in his own car.

Betty White is coming back to television. Finally there’s good news in 2020.