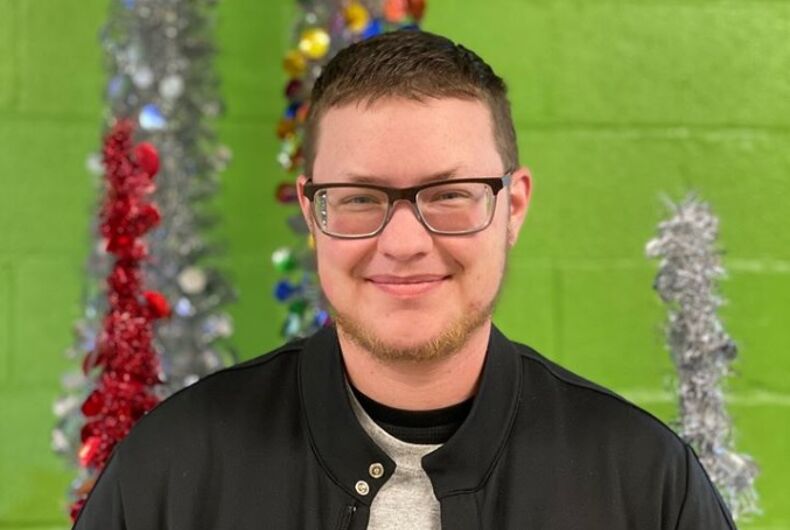 A transgender man who was involved in local LGBTQ activism was found shot to death in McAlester, Oklahoma.

Dustin Parker, 25, was a taxi driver. At 6:30 a.m. on January 1, police believe that he was fatally shot inside his taxi.

Police were called to the scene after multiple reports of gunfire were made. They found Parker’s car and it had been shot multiple times and the victim was dead in the driver’s seat.

“We’ve still got investigators out running down leads right now,” said Capt. Kevin Hearod of the McAlester Police Department, adding that he was “just a working man, making a living for his family, and he didn’t get to come home.”

Police do not at the moment believe that his death was a hate crime.

“Right now, it doesn’t look that way,” Hearod told Tulsa World. “But obviously, we’re not taking anything off the table. We don’t have anything indicating that right now.”

“Dustin is one our founding SeEQ members and was a loving soul, wonderful husband, father and friend,” the organization posted on Facebook.

The group is promoting a fundraiser set up to help Parker’s widow and four children after his death. They have raised over $40,000 of their $50,000 goal.

“Dustin was a steadfast friend, an amazing husband and father, and generous to a fault,” wrote Brian West, Parker’s manager at Rover Taxi, on Facebook. “He loved fiercely, worked tirelessly, and took on life with so much hope and enthusiasm that his presence brightened all of our lives. His bright, young life was taken far too early.”

“Dustin will be missed, but never forgotten.”

If Trump starts a war with Iran, America won’t be in top fighting shape