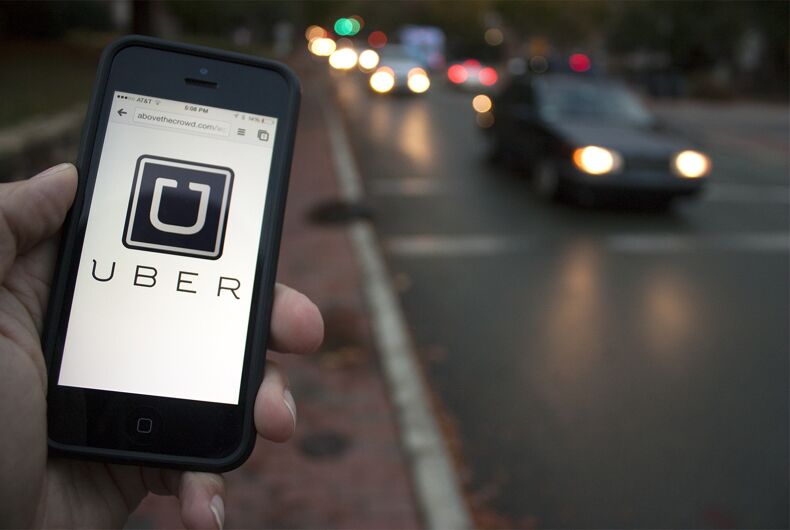 An Uber security feature is making it harder for transgender drivers to work.

Uber, a taxi service that designates drivers as independent contractors, started using a Real-Time ID Check feature in 2016. The feature requires drivers to pull over and take a picture of themselves, which is then compared with other photos of the driver on file to see if it matches.

The purpose of the feature is to “protect both riders and drivers.” Uber wants to be sure that when riders purchase a ride on a driver’s car, that they’re actually going to be in a car operated by the assigned driver.

The issue is that the Real-Time ID Check is fully automated, using software from Microsoft Cognitive Services. If a driver’s photo doesn’t match, then their account is suspended.

Which is what happened to Janey Webb, who started driving for Uber last year. She started transitioning at around the time she started working for Uber.

She thought that she could help the system by uploading new photos regularly so that her account would represent what she looked like as she was going through physical changes.

But at the beginning of this past July, Webb found out her account was suspended when she tried to log in. She called support, which explained that her photos didn’t match but couldn’t help her.

So she had to drive two hours to an in-person support center in Iowa, where she lives. She explained her transition and her account was fixed, but she had already lost three days of work, including July 4, a big day for Uber drivers.

She also wasn’t assured that it wouldn’t happen again, since she doesn’t look like the photo on her driver’s license anymore.

“A transperson can’t be expected to update their license every three months or so just to avoid being deactivated,” Webb said.

CNBC was able to confirm with Uber that the incident did occur. Uber said that they are looking into the situation, and added that problems like these can usually be resolved over the phone.

Webb also said that Uber requires her to include her deadname on the app. “It’s for the safety of the rider, but actually it compromises my safety more than it helps them,” she said. She said that it forces her to out herself to her riders.

Another driver in Michigan, “Lindsay,” a trans woman who did not want to be identified, said that she has been told to upload a picture to confirm her identity around 100 times since the beginning of 2017.

While the Real-Time ID Check can occur randomly, it can also be triggered by reports of fraud.

“Yeah, their focus is on profit, and one of those things is automating as much as possible, and when you have a system that is so overly automated, people like myself fall within the cracks,” Lindsay said.

Her account was turned off and she too was forced to drive to a support center in her state.

“We want Uber to be a welcoming, safe and respectful experience for all who use the app,” an Uber spokesperson told LGBTQ Nation.

“That’s why we maintain clear community guidelines and a nondiscrimination policy for riders and drivers, in addition to many safety features. We continue to focus on ways to advance our tech and constantly improve our app experience.”

Uber’s security features are making it hard for transgender drivers to stay in business from CNBC.