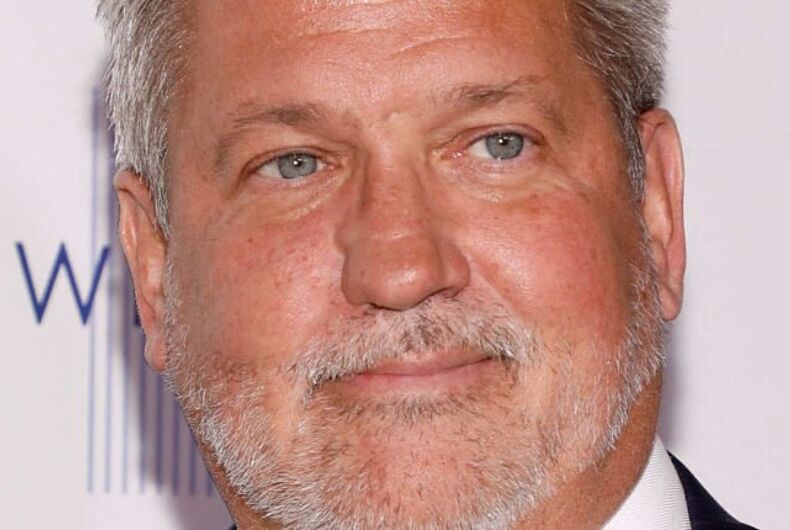 Bill Shine, Trump’s new White House communications director, has settled a lawsuit alleging he outed a gay man while an executive with Fox News Network. The amount of the settlement agreement was not disclosed.

The dispute was over a canceled reality show being developed for the network that featured Silas Pierce, a gay real estate broker from Florida.

The show was being developed by Leftfield Productions, and producers sued when Fox abandoned the project for breach of contract. Fox responded with a counterclaim that the producers had engaged  in fraud to get a green light from the network.

They say the show presented Pierce’s children as adopted, but he actually didn’t have legal guardianship of them. While the producers settled their lawsuit, Pierce also sued alleging the network broke the contract when they found out he is gay and had a non-traditional family.

“This revelation caused concerns among FNN’s executive team that depictions of a gay man and his family on their Fox Business Channel might not fit with the Fox News brand’s politically conservative image,” the complaint said.

Pierce claimed that once Leftfield sued, former Fox News head Roger Ailes, now deceased, and Shine engaged in a scorched earth tactic to smear his character and bolster their fraud allegation by “dispatch[ing] lawyers and investigators to Florida in an attempt to dig up damaging information about Pierce and the Business, often harassing or badgering Pierce’s neighbors, friends, family, and current and former customers for information about Pierce, his family, and the Business.”

Pierce said that Shine then passed that information along to friendly “sock-puppet” media outlets who publicized his sexual orientation. He says the resulting bad publicity forced him to close his business and caused emotional distress.

The lawsuits against Ailes’ estate and Fox News continue.

Fox’s defense so far has been that being gay is nothing to be ashamed of in modern America.

“There may have been a time when truthfully saying a person was a homosexual was ‘highly offensive to a reasonable person,’ but thankfully, those days have long passed,” the network’s lawyers wrote in a court filing.