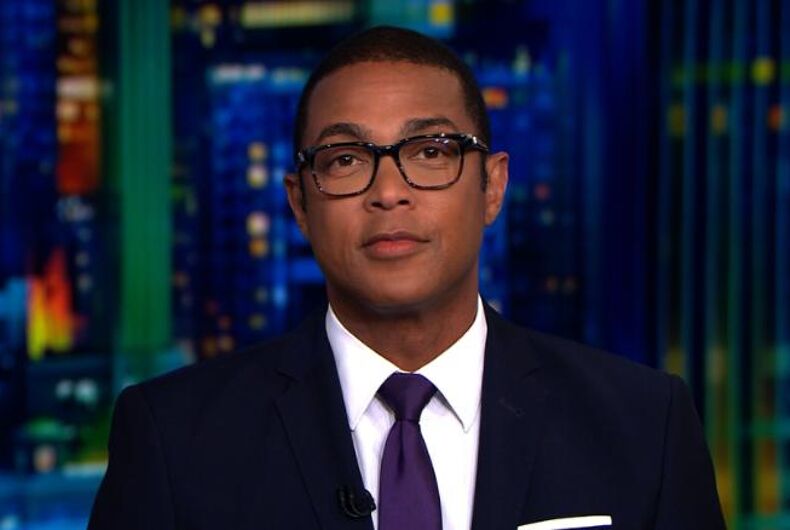 Don Lemon revealed Tuesday night that President Donald Trump once inferred Lemon was racist, and unable to be an impartial journalist because he’s black.

“The last time I interviewed Donald Trump, before he ran for office, was the night that Osama Bin Laden was killed,” Lemon explained to Wolf Blitzer during CNN’s The Situation Room. “It was before he was killed and we had a row about the birther issue.”

“He vowed that he would never do an interview with me because he said I was racist, because I challenged him on an in-factual statement, a lie.”

“That I was racist because of the way that I challenged him,” Lemon confirmed. “Much in the way that he thought that I can’t be unbiased about an issue concerning race, like Judge Curiel, because I’m African-American. So he accused me of being racist.”

Lemon’s story comes on the heels of a tweet that Trump sent out last week regarding an interview Lemon conducted with basketball player and philanthropist LeBron James.

Trump responded on Twitter, “Lebron James was just interviewed by the dumbest man on television, Don Lemon. He made Lebron look smart, which isn’t easy to do. I like Mike!”

Will Roseanne be dead in new ‘The Conners’ spinoff?