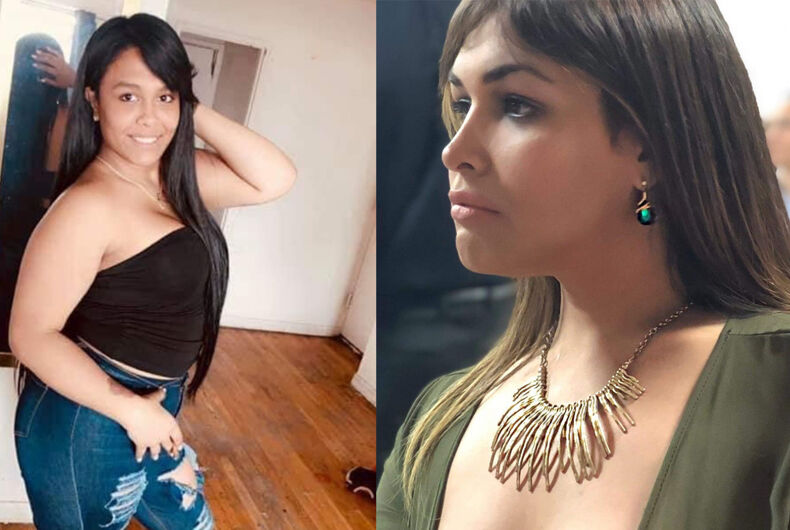 A third transgender woman was killed this week in Puerto Rico, part of an ongoing “epidemic of violence” targeting the LGBTQ community. At least nine people have been killed since January 2019.

The bodies of two transgender women were found inside a badly burned car earlier this week.

Related: Man who broke a trans woman’s jaw for using a restroom is getting what he deserves

“There is no longer any doubt, this is an epidemic of anti-LGBT+ violence,” activist Pedro Julio Serrano said. “The police have the obligation to disclose the status of the investigations of at least eight murders, one death without a determined cause, and several attacks in which LGBTQ people have been injured since January 2019.”

Penélope Díaz Ramírez was killed on April 13. Her death was not reported until now.

The two other victims as Layla Peláez and Serena Angelique Velázquez Ramos by local activists. Police say DNA testing will be required to officially identify the women, but Peláez’s grandmother was able to identify her granddaughter’s car when she saw it on the local news.

“Never in my career have I seen so many reports of deaths of our transgender and gender non-conforming community in such a short time in one location,” Tori Cooper, director of the Human Rights Campaign‘s transgender justice initiative, said after the latest murder.

“Transgender and gender non-conforming people, especially women of color,” she added, “are too often the victims of a toxic mix of transphobia, racism, and misogyny.”

“They are hunting us,” Serrano said.