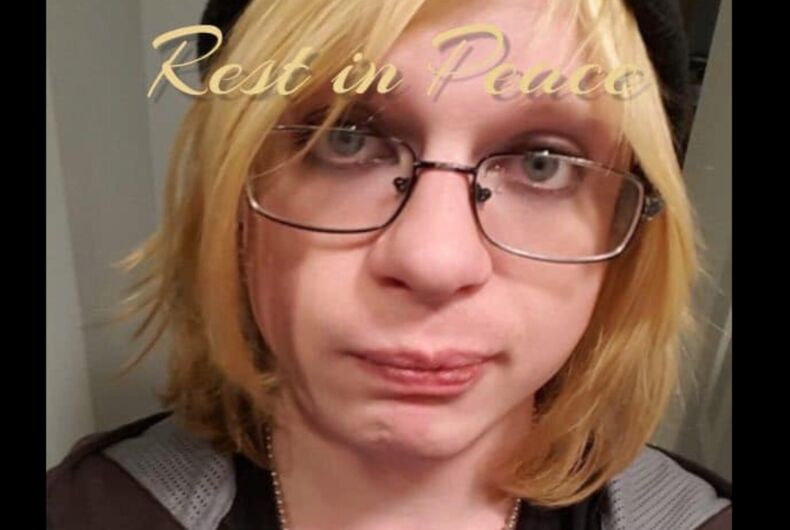 Johanna Metzger was stabbed to death in Baltimore on Saturday. She is at least the sixth transgender person in the U.S. to die a violent death this year.

Metzger’s mother told local news that her daughter was a college graduate who taught herself how to play multiple instruments.

Related: 2 trans women were attacked in NYC while making a film about anti-trans violence

Addressing the ongoing violence against trans women, Safe Haven founder Iya Dammons said, “This has gone on for way to long before COVID-19. Ten years, ten bodies! Baltimoreans are you listening? This, it’s a lot.”

“Now that we are able to roam freely and we’re accepted in the community it’s like we’re shut right back indoors. It’s really affecting the mental health of the trans women in communities.”