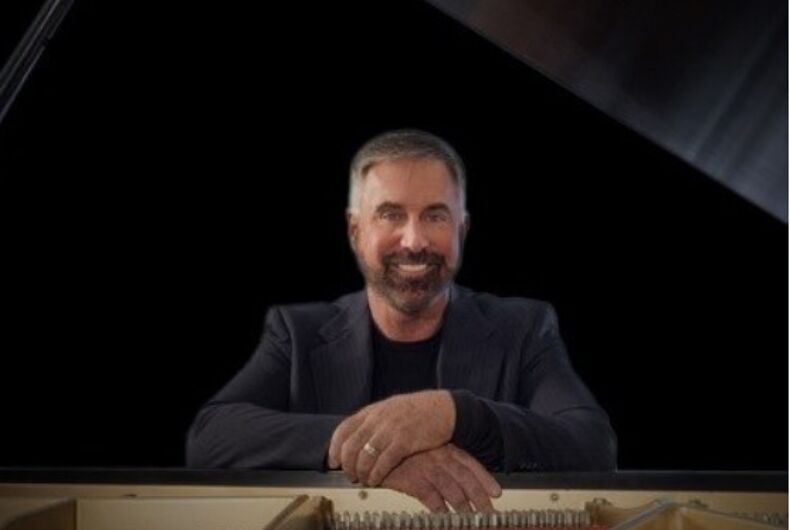 Another gay man who likely caught coronavirus at the Winter Party last month has passed away due to complications from the disease.

38 people who attended the circuit dance party are known to have caught the virus, and dozens more may have been infected but didn’t get tested or make the results public.

Thom Carr, 67, started to feel sick on March 23, about two weeks after the end of the large LGBTQ circuit party in Miami. He was hospitalized and both he and his partner J. Michael Heider tested positive for the virus.

Carr was put on a ventilator and was in critical condition. Doctors gave him a 5% chance of survival but he fought to stay alive before he passed away.

“It is with overwhelming sadness that I share that our journey together has come to an end,” Heider wrote in a message posted to Facebook. “For now, the parties, the cruises, the costume planning and trips together have come to an end. My memories from 35 years together, however, will never end. Thank you for being part of our lives.”

It is with overwhelming sadness that I share that our journey together has come to an end. For now, the parties, the…

“I couldn’t have asked for a better brother and best friend,” she wrote. “I will treasure our lifetime of memories.”

Carr is the third known person to die from coronavirus after having attended the Winter Party, which is a fundraising event for the National LGBTQ Task Force.

Last month, a 40-year-old gay man who was at the Winter Party named Israel Carreras died after being put into a coma in a hospital due to complications from the virus. Task Force volunteer Ron Rich, 65, passed away shortly after.

A gay doctor in Boston who tested positive for coronavirus shortly after the Winter Party said that he knew of two other gay men who he shared a house in Miami also had symptoms associated with coronavirus at around the same time but were not tested.

Heider also said that 10 of his friends who attended the Winter Party got symptoms or tested positive, but that they didn’t want to make their stories public because the Winter Party has become “so controversial.”

But it’s impossible to know for certain whether they caught the virus at the Winter Party or elsewhere, explained Florida International University epidemiologist Mary Jo Trepka.

“You can say that a large group like that is likely to lead to transmission,” she told the Sun-Sentinel. “But they could have become infected on an airplane. You can’t rule that out.”

“The only way you can show that you were exposed to a specific person is to do a genetic analysis, and I don’t think that’s even possible with the coronavirus,” she added. Since it can take anywhere from two to 14 days for symptoms to show, there’s a large window during which an individual may have caught the virus.

Doug Ames has been in charge of volunteers at the Winter Party for the last ten years, and he’s convinced that Rich caught coronavirus elsewhere.

“He rode in my car with two other volunteers [for a March 6 Winter Party VIP reception],” Ames said. “And we are all fine. He went out to dinner with friends on Tuesday, March 10. And they’re all fine.”

The circuit party brought together thousands of people from all over the world to a party where they danced shoulder-to-shoulder in early March, defying public health officials’ warnings against large gatherings of over 250 people and recommendations that people stay six feet apart.

Other events in the Miami area had already canceled by the time the Winter Party happened, which was just days before CDC flatly recommended canceling all events of over 250 people.

Many of the attendees knew about the risk that the virus presented but said that it still seemed distant at the time. The Boston doctor who got sick said that he went because he thought it would be “the last big party event in the country” for a while.

Miami Beach City Manager Jimmy Morales supported the Winter Party even though other events in the Miami area were canceling at the time, saying that the city was “open for business.” When a music festival in Miami Beach canceled, he said that he would find “something to do” for people who were planning to attend.

But by April, Morales said he regrets the decisions he made in March.

“If I could do it over again, I’d probably cancel Winter Party,” Morales said during a web seminar.

While some people were calling out the Task Force for going forward with the circuit party at the time, Miami Beach Commissioner Michael Góngora said that people are criticizing the Winter Party now because “Hindsight is 20-20.”

“At the time it seemed so ludicrous that there was talk of social distancing.”