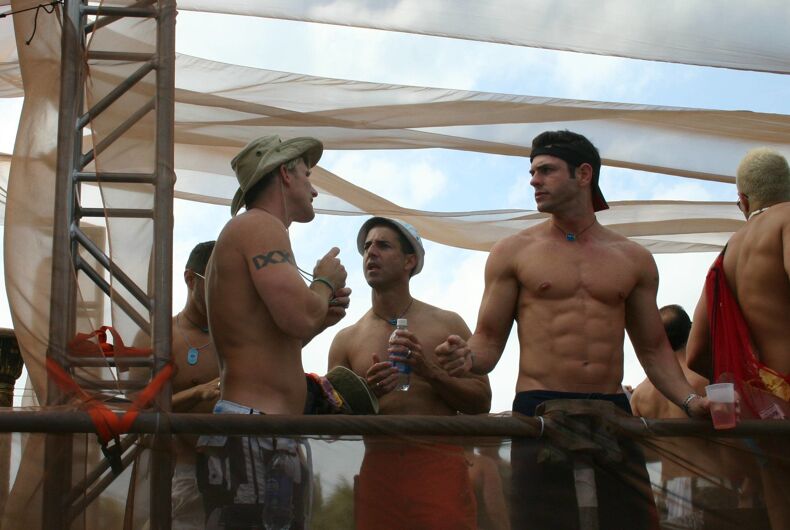 Another gay man who attended the Winter Party earlier this month has been confirmed to have had coronavirus.

David Anzarouth, 25, works at a bank in Toronto. While large events were already shutting down all over the world and the CDC was warning people not to organize events with over 250 people, especially if they expected non-locals to attend, Anzarouth thought that since he’s young it would be safe to go to the circuit party in Miami.

“It was definitely on everybody’s mind but… at the time, we thought, ‘Let’s not lose all this money,’ I myself have been needing a vacation, so I said ‘Let’s go,'” Anzarouth told CBC News.

He spent a week at the circuit party, dancing shoulder-to-shoulder with thousands of strangers from all over the world.

He had a great time at the party, but on his flight home he was “completely out of it.”

Anzarouth said that he had no trouble getting on the plane on March 11 – airport staff only asked him if he had traveled to China or Italy recently.

Then he got the full brunt of the illness the next day.

“The minute I woke up, I was drenched in a pool of sweat. I was shaking. I was so cold. My head was pounding. It was something like I’ve never experienced before,” he said.

“It was the most incredible pain I’ve ever experienced… My body felt like I had been flattened.”

Then, on Sunday, March 15, he got an email message from National LGBTQ Task Force President Rea Carey, informing people who had attended the Winter Party that one person had been diagnosed at the event. The Winter Party is a fundraiser for the Task Force, which did not cancel the event even though other events in the Miami area were already being canceled at the time.

That email was referring to a doctor in Boston who had been diagnosed with coronavirus after returning home from the Winter Party. That doctor shared a house with five other festival-goers – three of them were officially diagnosed with the illness while the other two got sick with corona-like symptoms but were not tested for the virus.

“At that point I thought, ‘I need to do something now,'” Anzarouth said, and he went to the emergency room.

He was tested for coronavirus and other tests were run to see what condition he was in. Doctors sent him home and the next day he got a call that his test for coronavirus had come back positive.

But all he could do was take acetaminophen for symptoms and wait for the disease to run its course.

“There’s no one to blame,” he said. “I understand that I put myself into a place where I risked my health.”

He said he hopes his story will inspire people to take the virus more seriously than he did.