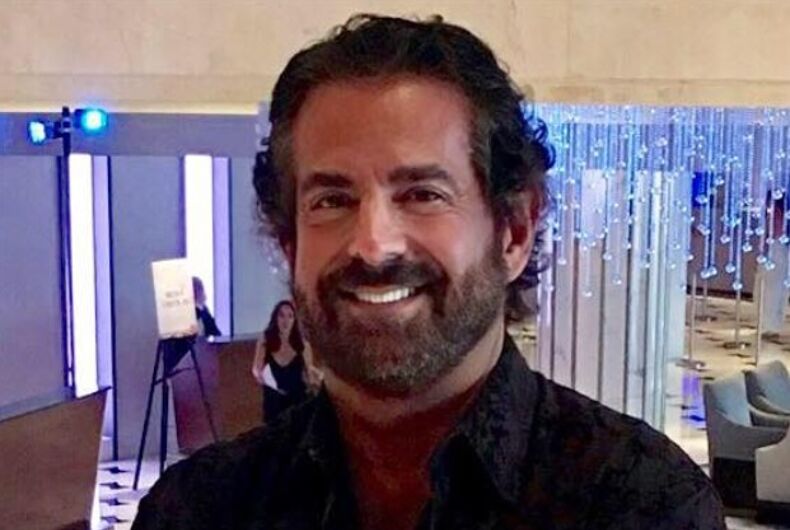 Another person who was at the Winter Party last month has died from COVID-19.

The National LGBTQ Task Force posted a message on Facebook yesterday saying that “loyal volunteer” Ron Rich, 65, passed away over the weekend.

According to the Task Force, Fort Lauderdale resident Rich was at the Winter Party, the week-long LGBTQ circuit party drew thousands of revelers from all over the world to Miami from March 4 to 10.

“Ron was a familiar face to the guests who attended the Task Force Gala, Winter Party Festival and our Fort Lauderdale house parties over the past five years as his big smile and warmth had him mostly serving on our hospitality team,” the Facebook post said.

“He will be missed. We extend our condolences to his family and friends.”

The National LGBTQ Task Force is mourning the passing of a loyal volunteer, Ron Rich, who succumbed to COVID-19 over the…

“’They’re putting me on a ventilator’ was the last thing he wrote me, and that was Friday morning,” Rich’s best friend Vin Kruger told Local 10 News. “He was just, for me, he was like my security blanket.”

Rich is the second known person who attended the Winter Party to have died of coronavirus. Last week, a 40-year-old gay man named Israel Carreras died after being put into a coma in a hospital due to complications from the virus.

“He started to feel sick after the event,” his partner said. “We went together. I went to his place, taking care of him for two days, and I also had it. He couldn’t breathe, so he wanted to go to the hospital, and then, he was at the hospital for four or five days.”

“They put him to sleep because he was really agitated, and then he never woke up again.”

Several other people who attended the Winter Party have been diagnosed with the illness and survived, and several others have developed symptoms but were not tested for coronavirus.