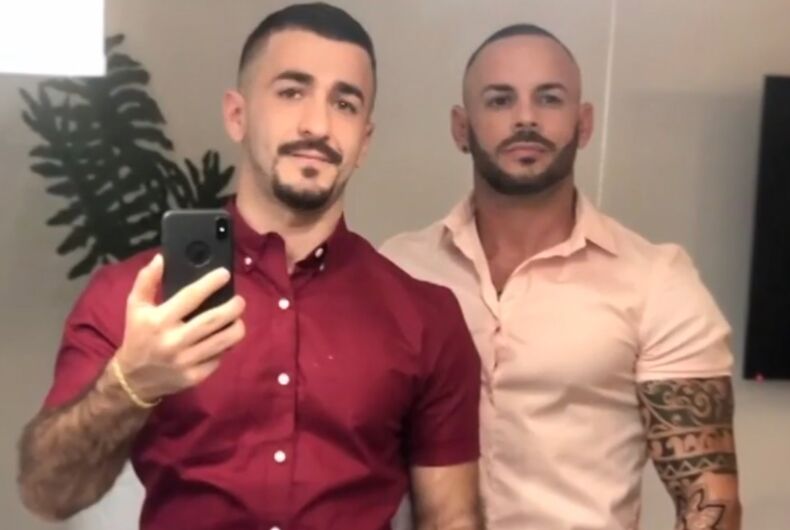 A gay man who went to the Winter Party earlier this month has died from COVID-19.

At least six other people who were at the Winter Party got the virus shortly afterward, but Israel Carreras is the first known death among the circuit party-goers. He was 40-years-old and had no known underlying health issues.

Related: First nurse to die from COVID in NYC was a gay man who lacked personal protective gear

The Winter Party is an LGBTQ circuit party that thousands of revelers from all over the world attend in Miami each year. It is a fundraiser for the National LGBTQ Task Force and this year it was held from March 4 to 10, after the CDC was already asking that events with more than 250 people either cancel or proceed with precautions, like participants keeping three feet away from one another.

“He started to feel sick after the event,” Conquista told WSVN 2. “We went together. I went to his place, taking care of him for two days, and I also had it. He couldn’t breathe, so he wanted to go to the hospital, and then, he was at the hospital for four or five days.”

“They put him to sleep because he was really agitated, and then he never woke up again.”

While not commenting on his specific case, health care workers said that it’s common for a patient to be put into an induced coma when they’re having trouble breathing and are on a ventilator, especially since patients will often try to pull the ventilator out because it can feel like drowning even though it helps a patient breathe.

Conquista is in quarantine because he too has coronavirus, although his symptoms are less severe.

“Just want people to know that this is serious,” he said. “They need to stay at home. It doesn’t just kill old people. This poor boy [was] only 40-years-old. It can kill anybody, so just stay home and think of other people. Try to save other people’s lives. Just because you are not affected directly doesn’t mean that people are not suffering from this.”

Originally from Cuba, Carreras lived in Miami for several years. He worked 14 hours a day in a warehouse and as an Uber driver to send money back to his family.

“Israel was a very hard-working man,” Conquista said. “He was full of energy.”

The Winter Party ended on March 10. On March 15, Task Force President Rea Carey issued a statement saying that someone who attended the Winter Party was diagnosed with COVID-19.

Over the next week, various media outlets reported on several party-goers who got coronavirus – one in Boston, one in Seattle, a couple in D.C., one in Toronto,  and two others who shared a house at the week-long party with several people who were diagnosed and developed symptoms but were never tested.

The Winter Party went against many of the CDC’s recommendations for containing the virus: it brought together thousands of people from all over the world, they danced shoulder-to-shoulder instead of three feet apart, the party atmosphere likely made it less likely that people would take all necessary precautions.

But it is unlikely the public will ever know how many people caught the virus there. Not all people who catch coronavirus will get sick enough to seek or will be able to access medical attention, and not all of those who seek medical attention will get tested due to the limited number of test kits available. Moreover, only a few of those who get tested will share their story with the media.

Carreras and a 79-year-old man are the two first known coronavirus fatalities in Miami-Dade County.

Conquista set up a GoFundMe to help cover funeral expenses and send money to support Carreras’s family. It has raised over $7000 so far.

Here’s one shortage you didn’t expect. Shelters are running out of dogs & cats.