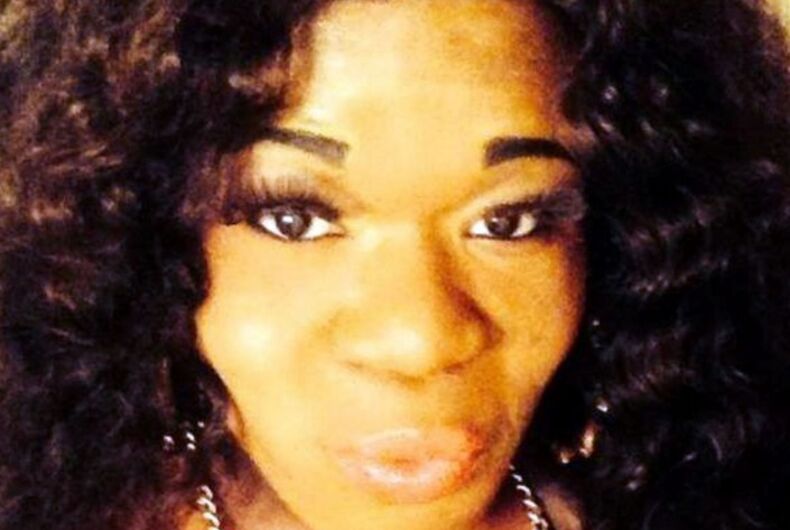 Amia Tyrae Berryman, 28, has become the seventh known transgender person to be killed in the United States this year.

Police arrived at the Shades Motel in Baton Rouge, Louisiana in the early hours of Monday morning and found Berryman suffering from gunshot wounds. She died at the scene.

Officials say there are no suspects at this time. An autopsy is scheduled for today.

“Y’all want to talk about gun violence, what about the Black trans women who aren’t here?” wrote Raquel Willis, of the Transgender Law Center, on Twitter, sharing an article on Berryman’s passing. “What about the ones still in fear?”

The 4th Black trans woman of 2018 was murdered in Baton Rouge, LA. She was 28 years old. Y’all want to talk about gun violence. What about the Black trans women who aren’t here? What about the ones still in fear? #RestInPower #AmiaTyraeBerryman https://t.co/j99uHjJcgW pic.twitter.com/9vBIAuB4LY

Someone also recently shot up one of the only transgender clubs in the country, the Las Vegas Lounge.

Two people were taken to the hospital with non-life threatening injuries. The indiscriminate nature of the crime suggests it was done as an intimidation tactic, out of bigotry.

If the violence against transgender people continues at this rate, this year would be the deadliest for the community.

Stormy Daniels’ clapbacks to Trump supporters will leave you howling