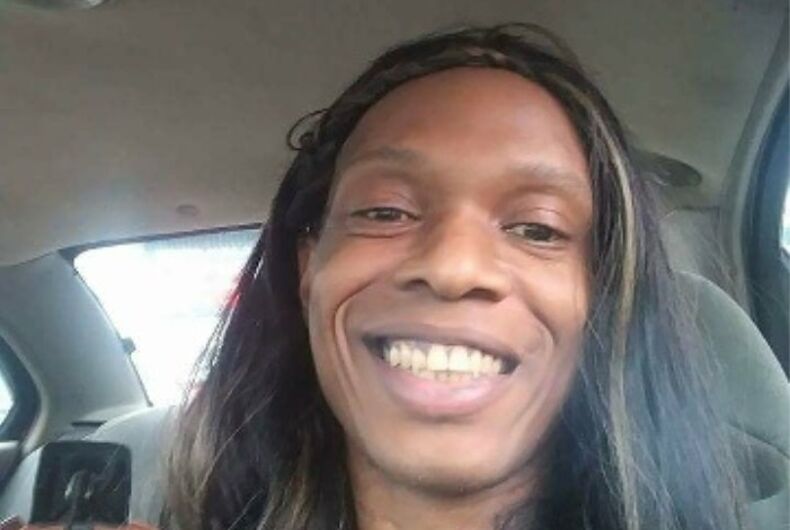 Phylicia Mitchell was shot and killed outside of her homePhoto: Supplied

Mitchell was shot and killed in front of her home on Friday night, at 6 p.m. and was pronounced dead at the hospital, Cleveland.com reports. No arrests have been made and the shooting remains under investigation.

The hairstylist was remembered by her longtime partner, Shane Mitchell, who said the pair had battled through homelessness and drug addiction together, as a loving and kind person.

While the couple never married, Phylicia took Shane’s last name, and he said they considered themselves husband and wife, and even had a small dedication ceremony at a local church in May.

Mitchell said he thinks the death was drug related. While police have not offered a motive, a police dispatch report says there was known drug activity at her home.

The couple met some 30 years ago, after Phylicia ran away from a “dysfunctional” family in Pittsburgh, according to Shane.

While some of his friends did not approve of their relationship at first, he said that she won them over with her personality.

“Everyone loved her,” he said. “My nieces and nephews opened up to her so much. She was just so funny and kind.”

The two split up shortly before her death, after he tried unsuccessfully to get her to quit doing drugs. But they remained close.

“I miss her tremendously,” he said. “That’s my soul mate. We went together everywhere. We did everything together. We always held hands on the bus. Years ago people didn’t respect that, but they do now.”

“I just want justice for what’s happened, because it hurts,” he said.

Editor’s note: This article originally incorrectly stated that Mitchell was the fourth transgender person known to have been killed this year in the United States.

How Billy Graham paved the way for the religious right