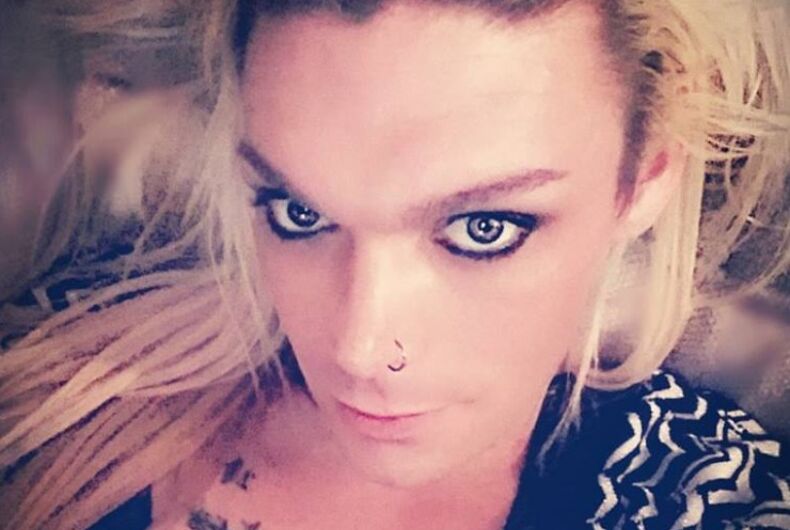 Zakaria Fry's body has been recovered and there is an open investigation into her death, as well as the death of her roommate, Eugene Ray.Photo: Facebook

Police have confirmed that one of two bodies found outside of Santa Fe last week was that of transgender woman Zakaria Fry, who was reported missing from Albuquerque, along with roommate Eugene Carrell Ray, back in mid-January. Ray’s body was the other one recovered at the scene.

One of the bodies was stuffed inside a trash can and discovered by a rancher. The other was found by another person about two miles up the same road.

Fry, 28, was renting a room from Ray, 70. Ray’s family alerted police after they found his home in “disarray” on January 29, the Albuquerque Journal reports.

Officials say the investigation into their deaths is open and anyone with information should contact Crime Stoppers at 505-843-STOP.

Friends are sharing their fond remembrances on Fry’s Facebook page.

“You were my older sister. You took care of me and loved me like family. I’ll forever love you. I’m sorry,” wrote Maddy Wilson.

Last year saw a record number of transgender murders, and this year is already proving to be equally deadly.

Transgender woman Phylicia Mitchell, 46, was shot and killed in front of her home on Friday night in Cleveland. That same night, someone shot into a transgender club in Las Vegas, one of only three in the whole country, injuring at least two people. Thankfully their injuries were not life threatening.

This Muslim country’s support for transgender rights shames the U.S.