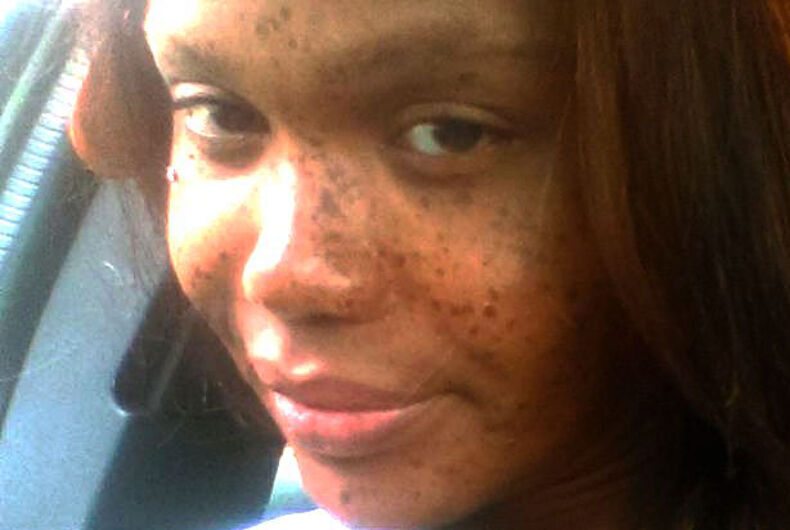 A transgender woman has been shot and killed in Buffalo, New York, making her the third known trans person murdered in the United States this year.

Tonya Harvey, 35, was shot around 5:30 p.m. on a dead-end street on Tuesday, and died at the scene, police report. It is being investigated as a potential hate crime.

An Erie County District Attorney’s Office spokesperson said the office is “extremely concerned about a spike in homicides of transgender people across the country and will be, as part of this investigation, looking into whether or not this is a potential hate crime.”

Buffalo police spokesperson Michael J. DeGeorge told Mic that while the investigation into Harvey’s death is still “in the very early stages,” they have “some possible early leads.”

Friends shared fond remembrances of her on social media, remembering her as a kind and sweet person.

“There is a very real epidemic of violence targeting the transgender community, particularly those who live at the intersection of transphobia, racism and misogyny,”  Pride Center of Western New York Executive Director Damian Mordecai said in a statement. “The Pride Center remains steadfast in our mission of working with the community to make (Western New York) a safe place for LGBTQ people and to combat trans misogyny.”

“The hatred, the bigotry and the aggressive attacks on trans people is almost an everyday occurrence in our lives,” transgender advocate Ari Moore told The Buffalo News.