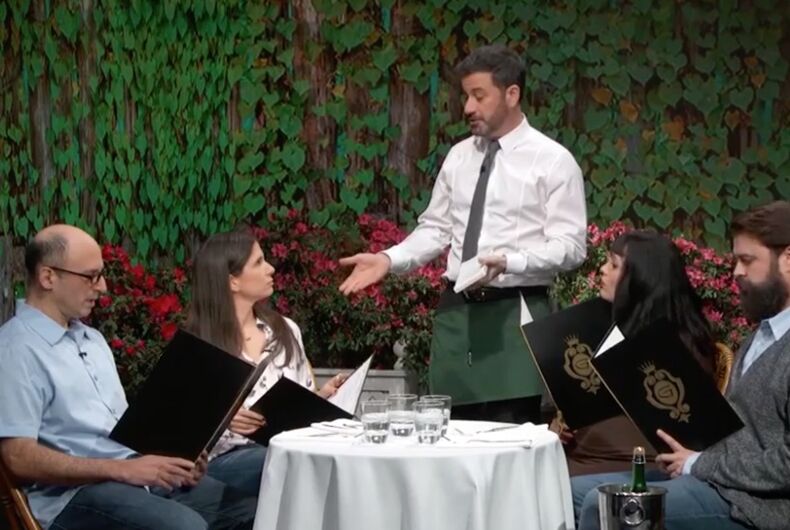 After a California judge ruled that Tastries Bakery owner Cathy Miller has a constitutional right to discriminate against gay and lesbian couples, no one was more outraged that late night host Jimmy Kimmel.

Related: Jimmy Kimmel’s tearful monologue about the Las Vegas mass shooting is what you want to say too

Kimmel, who has become progressively more political on his show, took a few minutes out of his opening monologue to highlight the injustice and explain to his audience why the decision was wrong. But instead of simply talking to people, he used a skit to clearly demonstrate why the logic behind the judge’s ruling is flawed.

Related: Jimmy Kimmel eviscerates Republican Senator who lied to him about healthcare

With is trademark humor and easy to digest demonstration, Kimmel has likely done more to explain to the average American why these seemingly innocuous “accommodations” are anything but. If the LGBTQ advocacy orgs could put together advertisements or online campaigns with half as much simplicity and humor, we’d be much further along the road to equality.