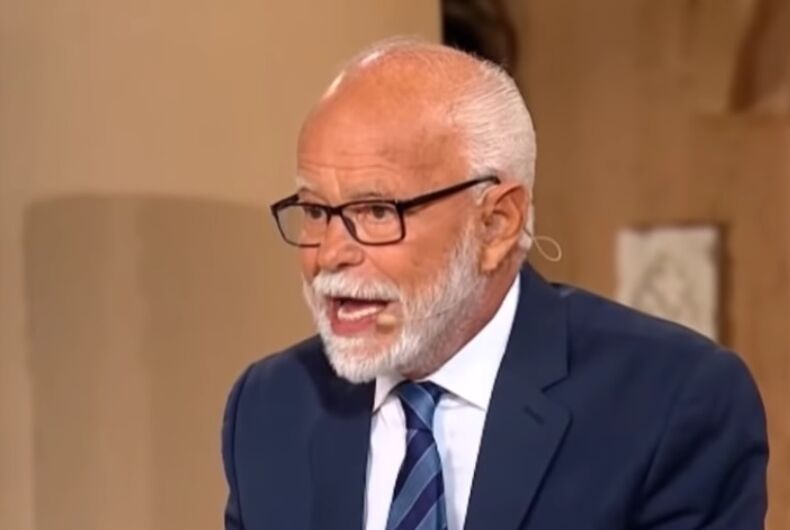 “They call it ‘don’t say gay’ — it’s not even true, it’s not even in the law,” Bakker said. That’s technically correct: the bill bans discussions of sexual orientation and gender identity before fourth grade and requires such discussions be “developmentally appropriate” in older grades.

The problem is that the vague bill doesn’t define what that means exactly, and the bill’s supporters have defended it by calling LGBTQ people who come out to children “groomers.” Moreover, instead of leaving the definitions of its terms to a government agency, the law allows parents to sue school districts if they believe the law has been violated, which opponents of the law say will lead to teachers being punished for allowing the kids of same-sex couples to talk about their families in class.

Either way, Bakker didn’t really discuss the law in depth. Instead, he said that Christian pastors are being killed in their pulpits.

“I get fought on every hand if I mention anything,” he continued, “and it’s gonna be, preachers, that we’re not gonna be able to preach much longer, because they’ll shoot us in the pulpit. They will kill us in our pulpits.”

“You don’t believe me? They’re already doing it.”

Jim Bakker claims Christian pastors are being murdered for preaching on controversial social issues: "We're not going to be able to preach much longer because they'll shoot us in the pulpits. They will kill us in our pulpits. You don't believe me? They're already doing it." pic.twitter.com/SYF1qeU15w

Christian conservative often claim that any advance in LGBTQ equality will result in pastors being arrested and Bibles getting banned. They have made this argument in the context of marriage equality, conversion therapy bans, and hate crimes legislation.

It is unclear how this applies when it comes to the Don’t Say Gay law.

In 1987, Jessica Hahn accused Jim Bakker of drugging and raping in a hotel room in 1980 when she was working for him as a church secretary.

“He just believed that everybody should serve him because he was serving God,” she told the Charlotte Observer.

Bakker claimed the encounter was consensual.

In 1989, he was convicted on 24 counts relating to fraud stemming from his business practices. He was sentenced to 45 years in prison and served less than five.