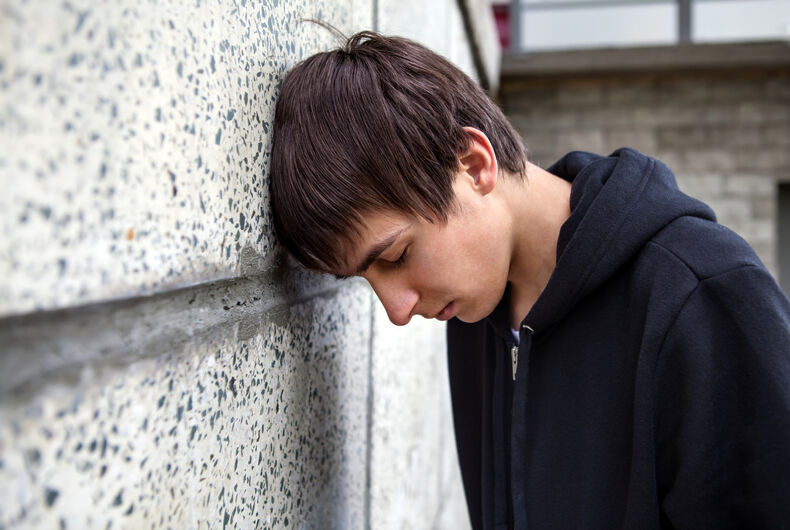 Chaya Raichik, who runs Libs of TikTok, became one of the most influential conservative activists this past year as she posted videos of LGBTQ people and called them “groomers.” Raichik is arguably the individual most responsible for the current Groomer Panic, referring to many perfectly normal interactions involving LGBTQ people as pedophilia.

But this past week she got more attention from mainstream media when the Washington Post unveiled her identity, something that was common knowledge in parts of the right as she had been interviewed on Fox News and Florida Gov. Ron DeSantis’s (R) office cited her work as influential on the state’s Don’t Say Gay law.

As a result of the media attention, she started deleting her more embarrassing tweets.

In one of the deleted tweets, she wrote, “The Trevor Project is a grooming organization.” She was replying to a Trevor Project tweet that said, “There are safe and anonymous ways to reach out for support.”

“Grooming” is a set of manipulative behaviors sexual predators use to gain access to potential victims, to coerce them to agree to the abuse, and to reduce the risk of getting caught, according to the Rape, Abuse & Incest National Network. The process usually involves training the victims to keep secrets from adults they trust and desensitizing them to sexual discussions and touching.

According to the Deleted Tweets Archive, Raichik deleted 2,795 tweets this week since the Washington Post published its article about her activism. It’s unclear exactly why she deleted just these tweets – she has published over 6,000 and they’re all fairly offensive – but the Trevor Project one was among them.

Raichik’s account has been temporarily suspended in the past because it violated Twitter’s rules against harassment. Teachers have received death threats after Raichik highlighted them on her account. Raichik herself has bragged that her account has helped several teachers get fired.

“[Libs of TikTok] is playing on fears and misunderstandings of who trans people are, while amping up extreme rhetoric and normalizing portraying queer people as inherently dangerous to children,” the ACLU’s Gillian Branstetter said. “It’s hard to stoke moral panic without main characters, and the role Libs of TikTok is playing is finding those characters.”

The Trevor Project says that over 1.8 million LGBTQ young people seriously consider suicide each year in the U.S.