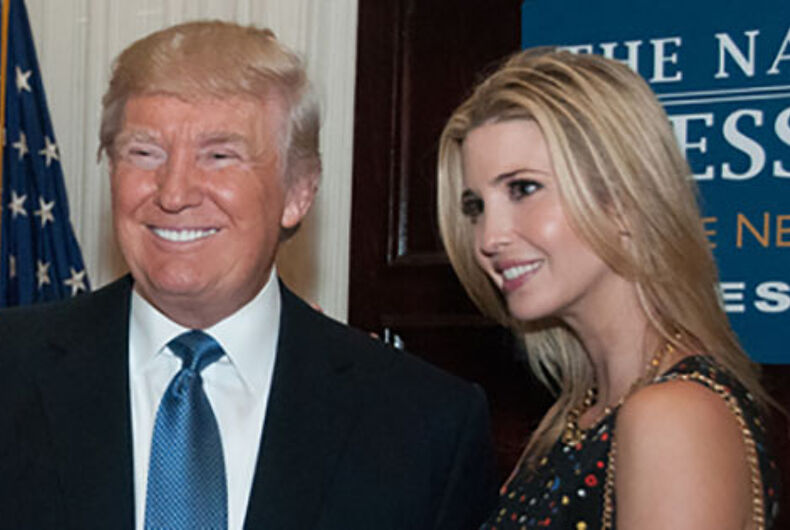 Just last year, her father wouldn’t stop talking about her promising future in politics, and she reportedly believed she could be the first female president in the U.S. But as the Trump administration goes down in flames, she’s worried about her own future.

Despite lacking any experience in politics, she was named an official Advisor to the President and, early in the Trump administration, was even hailed as a moderate voice in the White House.

After her father was impeached for the second time and even fellow Republicans are turning on him, she is worried about what will become of her.

CNN White House correspondent Kate Bennett said that sources in the White House said that the “horrific images” of the past several weeks will haunt her for the rest of her career.

“It’s very challenging now, departing the White House, to rely on that brand when the last thing we’ve seen of this administration of course is these horrific images of the insurrection,” she said.

“That has [Ivanka’s husband] Jared Kushner and Ivanka Trump in a bit of a panic as they look to their future,” Bennett continued. “I talked to a lot of sources today who say they’re questioning everything now, from where they’re going to live after the White House to what their careers will be.”

Bennett added that the Trump administration’s ignominious downfall will make it “very difficult for them to tout any achievements they’ve made inside this administration,” which they were planning to do in a “farewell tour.”

The couple purchased a home in an enclave for the super-rich in Florida, but their new neighbors have made it clear they aren’t welcome by insisting they wouldn’t be welcome at the local country club.

During the MAGA Riots, Ivanka tweeted that the insurrectionists were “American Patriots.” She later deleted that tweet and wrote another that said, “Peaceful protest is patriotic.”

While some tabloids reported that she was planning to attend Joe Biden’s inauguration in an attempt to save her own career, the White House has said that she has no such plans.

“Ivanka is not expected to attend the inauguration nor was she ever expected to,” an official stated.

Early in the Trump administration, some observers hoped that Ivanka would moderate the administration’s attacks on LGBTQ equality.

Politico even reports in 2017 that Ivanka and Kushner were “in the past been supporters of gay rights” and said that anonymous sources told them that the “young couple were both in favor of putting out a clear statement from the president” in favor of LGBTQ protections.

But she was on the receiving end of massive criticism in June 2020 when she tweeted “Less hate, more love!” in a Pride message after working for the Trump administration for over three years at that point, which had been steam-rolling over LGBTQ protections and rights. She was even caught donating $50,000 to a church that says homosexuality is an “individual choice.”

Kamala Harris’ husband will officially be called the “Second Gentleman”