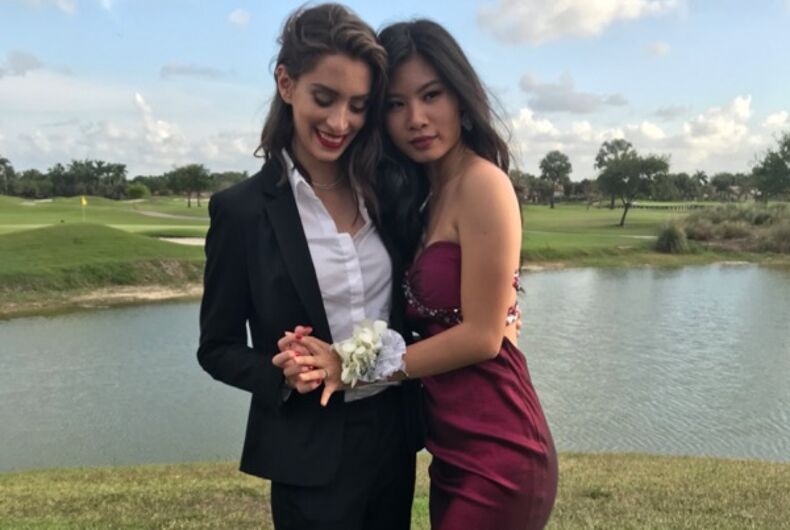 A few weeks ago, he went after tech giant Google for not being Easter-religious enough.

But, this week, it’s back to attacking the ever-reliable gays for Tony Perkins, president of the hate-group Family Research Council. Tis the season, of course, to go after school proms and (gasp!) the LGBTQ couples who attended.

Related: Tony Perkins nailed himself to a Google cross this Easter

How dare the pro-LGBTQ agenda ignore biology, require gender-inclusive language and — you got it — allow same-sex couples at prom?

“The religious liberty of Christians is increasingly in the crosshairs of the emboldened Left,” he wrote in a letter to supporters of the council, designated a hate group by the Southern Poverty Law Center. “Faith, family, and freedom have been undermined at every level of our government and culture.”

It’s a battle to regain and retain our heaven-given rights, he said. Our nation is at stake, he wailed.

So send me money. Lots of it. How about a cool $5 million by June 30, he suggested, with open hands.

It’s up to you to donate, of course. But we’d rather pay it forward and celebrate prom season with some LGBTQ cuteness. Here are some Twitter highlights from last weekend’s prom circuit —

a few years ago I was afraid to go out wearing flannels because I thought I would look too gay or not feminine enough. yesterday I wore a suit to prom. that’s character development #prom2018 #selfiesforqueers pic.twitter.com/AEOfRjmdyI

Been seeing a lot of pics of same-sex couples going to highschool proms together and I fucking LOVE it! I wish I would've been out and proud and secure w/ myself when I was a teenager but I didn't think it was an option. So happy to know that kids nowadays realize it is! 😍☺️😭 https://t.co/IPdyq7TIGu

Can’t wait to have a gay ol’ time with her at prom ✨🌈💕 pic.twitter.com/lPpywiQzzO

prom is for the gays and gays only pic.twitter.com/zxb7VreIqY

Our school finally allowed gay couples to come to prom together so you know me and my boy had to slay 😌 #LGBT pic.twitter.com/m1pIlo3fZC

GOTTA FLAUNT MY SIS AND HER MISS STUNTIN SINCE IM JUST SO PROUD that the world has its v small moments of okayness #gayprom 💖💖 #proud pic.twitter.com/5kPf7aC3yt