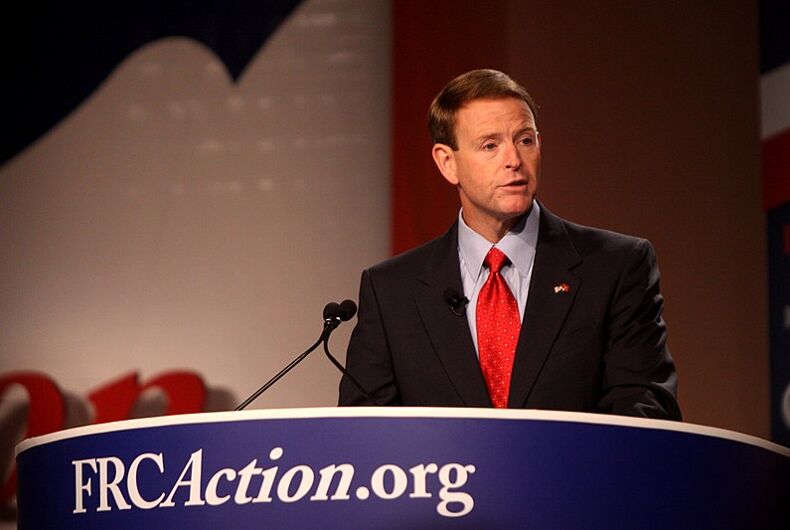 Thousands of Christians and non-Christians may have celebrated Easter on Sunday, but not Tony Perkins, president of the Family Research Council. He’d rather remind us just how persecuted he is.

All Christians, for that matter, he says. Why? Because there was no Google doodle in his Easter basket.

The technology giant/search engine didn’t adapt its famous logo for the religious holiday. It hasn’t for 18 years.

“We don’t have doodles for religious holidays, in line with our current doodle guidelines,” Google said in response to Fox News, which had amplified Perkins’ holiday whine and cheese.

Google shared its rationale. “Doodles may appear for some non-religious celebrations that have grown out of religious holidays, such as Valentine’s Day, Holi’s Festival of Colors, Tu B’Av and the December holiday period, but we don’t include religious imagery or symbolism as part of these,” it said in its response.

That only fed Perkins’ ire in his Monday screed on the Family Research Council site.

“To users who are used to Google’s rotating calendar of politically correct doodles, the message was clear: If you’re searching for tolerance, you won’t find results here,” Perkins wrote.

Speaking of Easter icons, Perkins led his editorial against Google with a reference to Easter eggs — a custom Christians adapted from their Roman overlords.

Oh, and the very name Easter? It’s adopted from Eostre, a pre-Christian goddess in England.

But, hey, why let a little history distract from the perceived persecution. Instead, Perkins used his editorial to bash the gays.

“Of course, the irony of this is that Google has no qualms plastering rainbow flags or gay pride across its site — which is a lot more offensive to some than an empty tomb,” Perkins wrote.

Why are gay conservatives so quick to claim persecution?