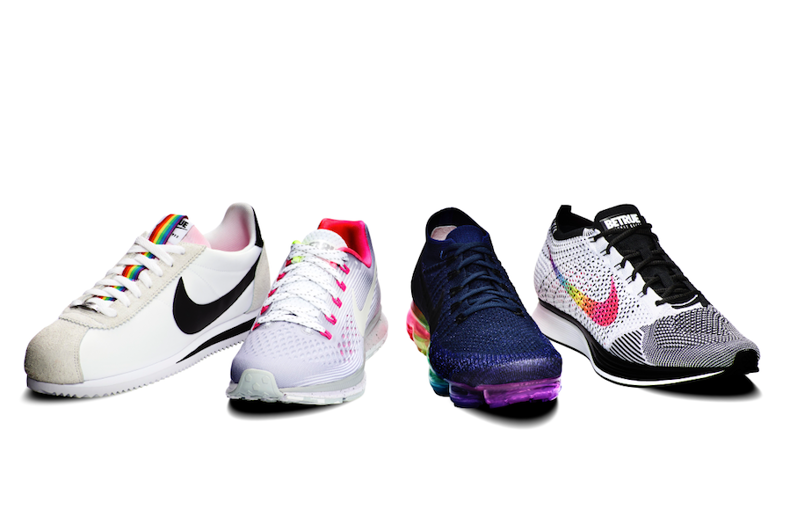 Now in its sixth year, Nike’s “Be True” line has gone from a small staff pride project to a global shoe and apparel line that benefits LGBTQ athletes and causes.

In contrast with last year’s subtle kicks, the 2017 line features bold rainbow designs and inspiring messages like “RUN FIERCE” and will be released in select global cities for the first time.

“The key for us was to create something that people could unite around to show their support for LGBTQ athletes,” Robert Goman, LBGT Network Leader at Nike, said in a release. “Sporting your rainbow in the gym or on a run became a way to feel like you belonged to something larger – you were connected to being ‘out’ or being an ally. The rainbow has and always will be incorporated into the BETRUE product in some way.”

In a nod to the company’s history of inclusion, it also includes a reboot of one of the brand’s first shoes, the Nike Cortez, with a rainbow stripe and the message “BEEN TRUE” on the sock liner.

But the line isn’t all nostalgia. It also includes styles that use high-tech dying techniques to achieve a brilliant rainbow with all eight colors, as originally designed by Gilbert Baker.

Since the line’s launch in 2012, Nike has supported LGBTQ causes with approximately $2.5 million in financial and in-kind contributions.

Check out the full line, available for purchase starting June 1, and tell us what you think.

Lebanon may ban ‘Wonder Woman’ for the dumbest reason possible