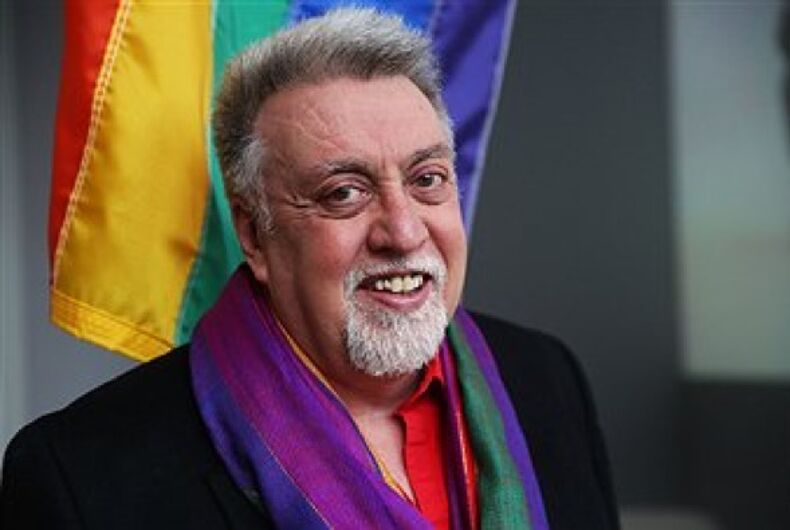 Gilbert Baker, the civil rights activist, Army veteran and self-taught tailor who created the symbol of the LGBTQ movement 39 years ago has died. He would have turned 66 this Pride.

My dearest friend in the world is gone. Gilbert Baker gave the world the Rainbow Flag; he gave me forty years of love and friendship. pic.twitter.com/titd3XZ0zD

There was no word as to the cause of death. Baker’s website tells his story of how he taught himself how to sew and created flags and banners for marches and protests, including the rainbow banner flown by civil rights icon Harvey Milk in San Francisco on June 25, 1978. It’s a story he also told it to PBS in 2015.

Baker’s creation has been seen flown all around the world. He was 65.