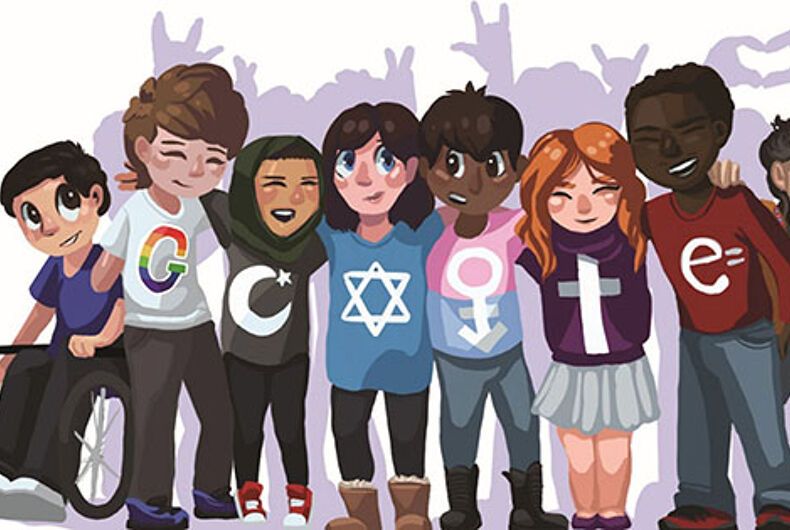 When you type google.com into your computer’s browser window, you’ll more often than not see not just the search window but a fanciful drawing that changes daily — and Friday’s sends a message of hope unlike any other.

15-year-old Sarah Harrison of Connecticut won the tech giant’s “Doodle 4 Google” contest, with a drawing that shows eight children who are shining examples of inclusion, peaceful coexistence, acceptance and equality.

As Refinery 29 reported, the races, genders, sexual orientations, religions, and abilities represented in Harrison’s drawing were her way of completing the sentence posed by Google: “What I See For The Future…”

The tenth grader said what she sees is “a peaceful future” and “a world where we can all learn to love each other despite our religion, gender, race, ethnicity, or sexuality. I dream of a future where everyone is safe and accepted wherever they go, whoever they are.”

The contest is held annually. Details and instructions on how to enter are available on Google’s “Doodle 4 Google” website.

Gilbert Baker, creator of the rainbow flag, dead at 65