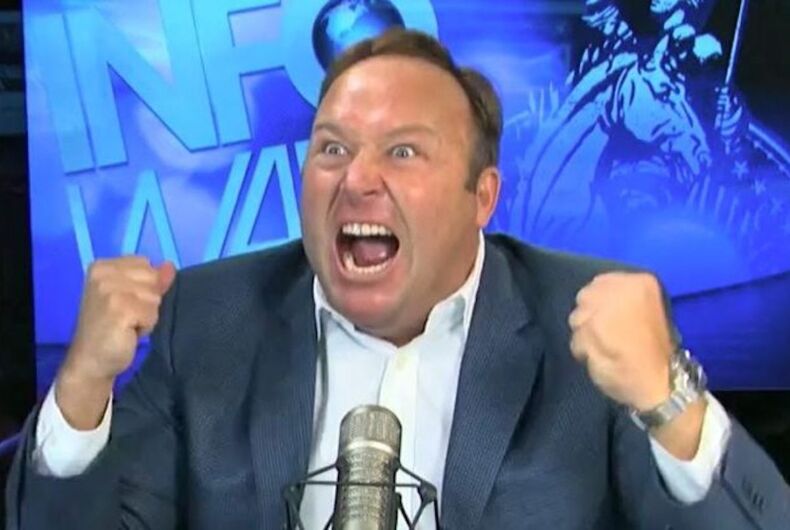 Rightwing conspiracy theorist Alex Jones is now saying that penises have been getting smaller and smaller over the past several decades due to “chemicals.”

“So the media makes jokes about that a few months ago when I gave the example of, you know, ‘If your daddy’s johnson was a foot long, yours is six inches long. And if yours was six inches your son will be three inches. And then one won’t even have a penis.’

“We can make jokes about that all day long, but this isn’t a game. And you can say, ‘OK, well who cares?’” he continued.

Jones also claimed that girls are being “hyperfeminized” and having periods at age three and five-year-olds are getting pregnant.

Studies have shown a decrease in sperm counts among humans, but it’s closer to a 50% decline over the last half-century, not 96%, and humans still remain able to reproduce.

There is less evidence that penis sizes are getting smaller. One study found that 12-month-old babies in 2005 were more likely to have a small penis compared to previous generations, which does not support Jones’s hyperbolic statements.

About the girls getting periods at age three and pregnant by five, he may have been referring to the case of Lina Medina, a girl who did exactly that after being the victim of rape at that young age. She was born in the mid-1930’s in Peru, so she’s not really a proof of the trend Jones is talking about.

Bisexual Chappelle attacker says he was “triggered” by anti-LGBTQ jokes