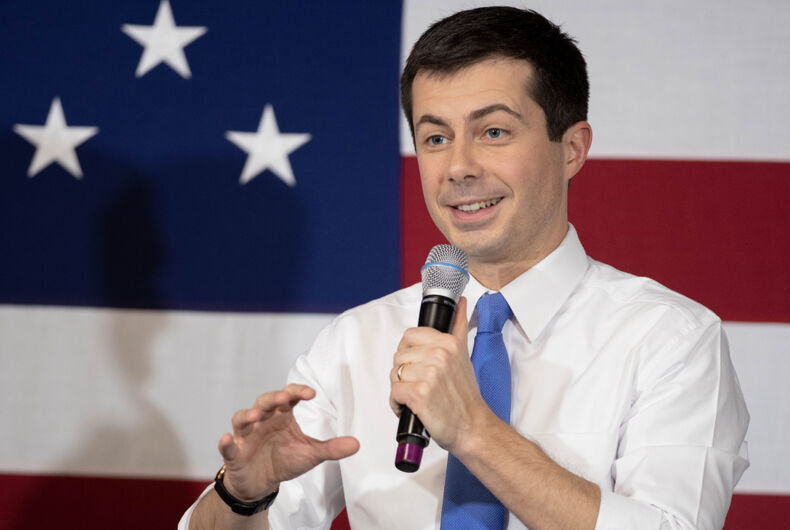 Pete Buttigieg has proved himself a sharp-tongued politician throughout his political career, but he has saved his sharpest retorts for Republican opponents who question his youth, his faith or made homophobic comments against him.

At the Democratic Presidential Town Hall at SXSW in Austin, Texas, moderator Jake Tapper asked Buttigieg if Pence would be a better or a worse president than Trump.

Buttigieg was referring to the fact that Trump had an extramarital affair with adult video star Stormy Daniels four months after his current wife gave birth to Trump’s child.

At a campaign stop in Fort Dodge, Iowa a heckler started shouting that Buttigieg was betraying his baptism.

“We will not stop, he is misleading our children,” the man shouted before being escorted away.

In response, Buttigieg joked, “Coffee after church gets a little rowdy sometimes.”

May 2019 – Buttigieg shrugs off Trump’s obscure, old-timey nickname for him

In an interview with Politico Trump disparaged Buttigieg by stating, “Alfred E. Neuman cannot become president of the United States.” Neuman is the name of the decades-old cover-boy for the humorous MAD magazine.

The nickname was supposed to be a knock on Buttigieg’s young face — Buttigieg was 37 at the time while Trump was 72 — as well as a way to make Buttigieg a laughingstock.

“I’ll be honest. I had to Google that,” Buttigieg said of Alfred E. Neuman. “I guess it’s just a generational thing. I didn’t get the reference. It’s kind of funny, I guess. But he’s also the president of the United States and I’m surprised he’s not spending more time trying to salvage this China deal.”

Not only did Buttigieg highlight Trump’s failed Chinese trade deal, but he also painted Trump as old and out-of-touch.

Speaking to a crowd of conservative Christians, Trump said, “The extreme left is trying to replace religion with government and replace God with socialism. And I see Alfred E. Neuman comes out and he’s trying to pretend he’s very religious…. All of a sudden he’s become extremely religious, this happened about two weeks ago.”

In response, Buttigieg tweeted, “God does not belong to a political party.” He added, “I’m not sure why the president’s taken an interest in my faith journey… but I’m pretty sure I’ve been a believer longer than he’s been a Republican.” 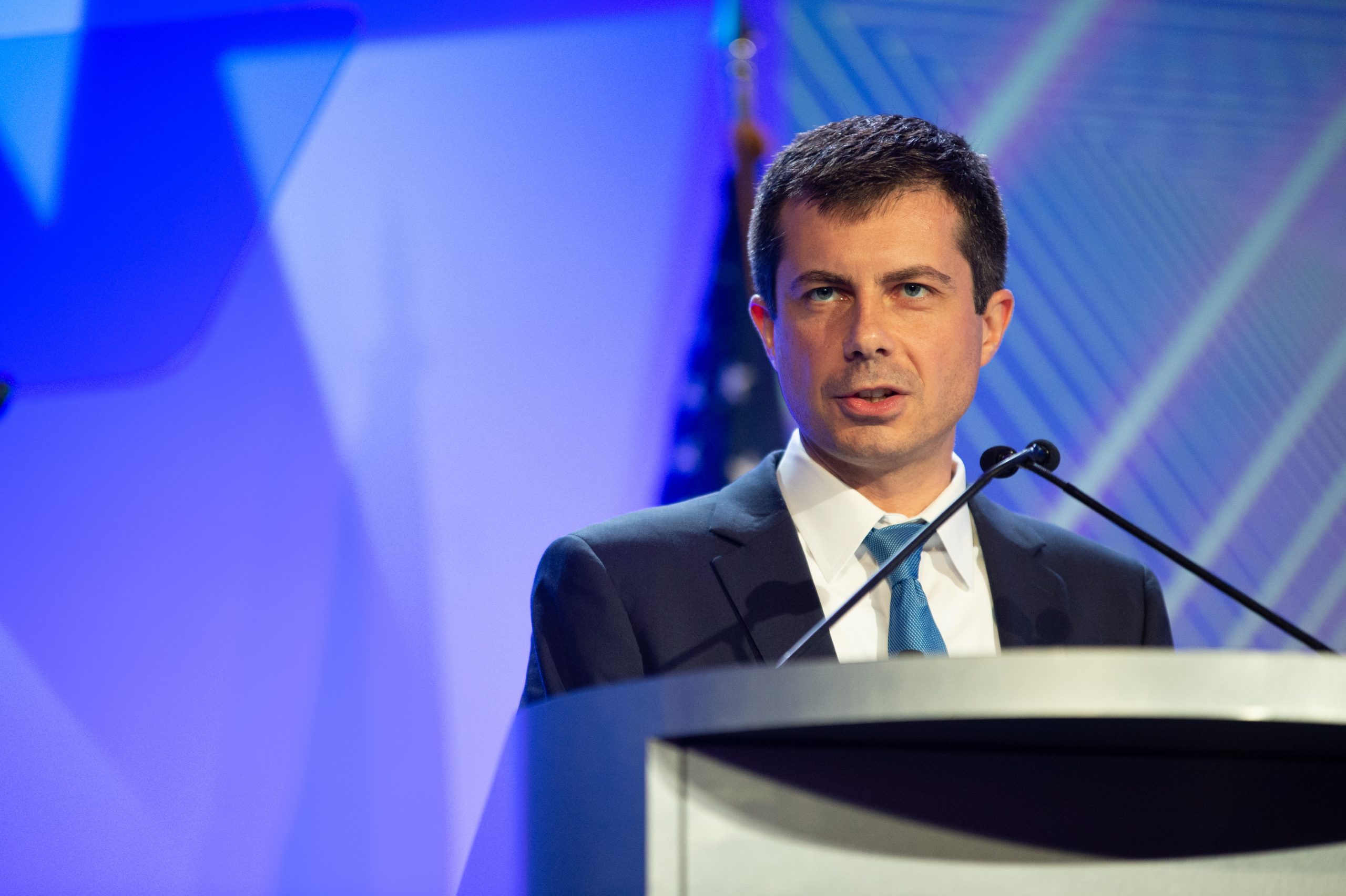 During a presidential debate, Trump made his oft-repeated claim that he has done the most for Black Americans than any other president in history.

Buttigieg was having none of it. 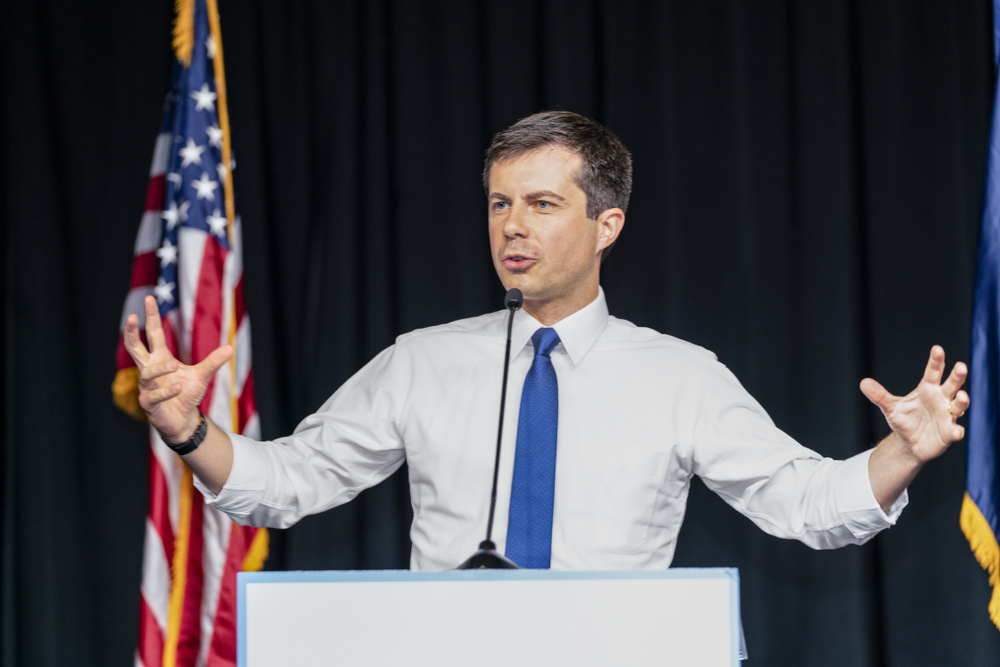 South Dakota’s Republican Gov. Kristi Noem attacked President Joe Biden’s proposed $2 million infrastructure package by claiming that the proposal sought to fund water pipes and housing which, according to her, are not infrastructure.

Buttigieg replied on ABC’s This Week, “I heard the governor of South Dakota recently saying, ‘This isn’t infrastructure — it’s got money for pipes.’ Well, we believe that pipes are infrastructure, because you need water to live. And too many families now live with the threat of lead poisoning.”

In response, Buttigieg said, “In [Carlson’s] case, I guess he just doesn’t understand the concept of bottle-feeding let alone the concept of paternity leave.”

“This attack is coming from a guy who has yet to explain his apparent approval for the assassination of Harvey Milk, so obviously, we know there’s some dark places where some of these attitudes come from,” Buttigieg said, referencing the fact that Carlson’s 1991 yearbook from his senior year at Trinity College in Hartford, Connecticut listed him as a member of the “Dan White Society,” a group that ostensibly honored the coward who assassinated gay politician Harvey Milk.

When speaking about Republicans’ recent attacks on trans youth and LGBTQ content in classrooms, Buttigieg said, “[The Republican Party] doesn’t really have a lot of answers for many of the questions that people are wrestling with.” Buttigieg then mentioned gas prices, inflation, infrastructure, prescription drug prices, childcare, and taxes as some of the issues facing everyday Americans.

“So what do they do?” Buttigieg rhetorically asked. “They find somebody vulnerable and pick on them. Which, at the moment, is largely the trans community.”

Donald Trump has a new gig as a motivational speaker