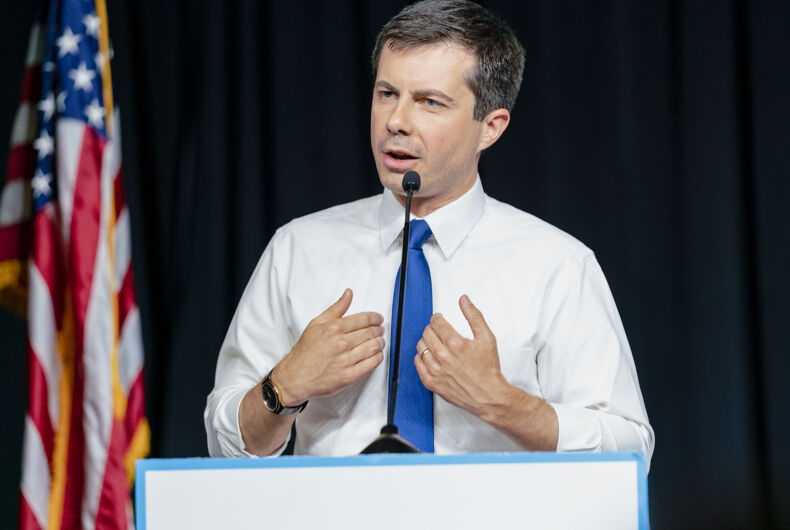 Every day, Fox News’ most popular white supremacist and homophobic bigot Tucker Carlson spews hateful, ignorant bile. But it’s not every day that the targets of his hatred clap back.

Recently, Carlson mocked Transportation Secretary Pete Buttigieg for taking paternity leave to help his husband raise their adopted newborn twins. Carlson said the men were “trying to figure out how to breastfeed.”

“This is largely a consensus issue, ” Buttigieg said, “not just a support for families like mine to have a right to marry and right to be treated equally but also that families in general, moms and dads, ought to be able to support their children, including with paid family leave.”

“I’m blessed to be able to experience that as an employee, being able to have the flexibility to take care of our newborn children, which is, by the way, work,” he continued. “It’s a joyful work. It’s wonderful work, but it’s definitely work.”

Meanwhile, Carlson’s hateful comment is just the tip of his anti-LGBTQ iceberg.