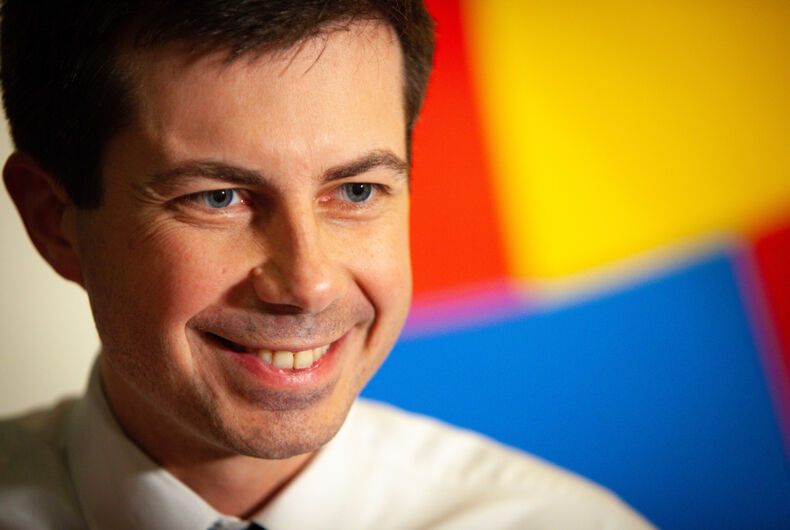 Earlier this year, we learned that Trump spends his “executive time” thinking up devastating nicknames for his political opponents. He recent came up with one for Pete Buttigieg, but Buttigieg returned it with an applause-worthy zinger.

In an interview with Politico yesterday, Trump disparaged Buttigieg by stating, “Alfred E. Neuman cannot become president of the United States.” Neuman is the name of the decades-old cover-boy for the humorous MAD magazine.

The nickname was supposed to be a knock on Buttigieg’s young face — Buttigieg is 37, Trump is 72 — as well as a way to call Buttigieg a joke and a laughingstock.

It may seem odd for the U.S. President to spend his time generating nicknames for his political rivals, but it served him well in the last election cycle as the sound-byte obsessed media repeated his insults ad infinitum.

However, Buttigieg shrugged off Trump’s insult with a great response.

“I’ll be honest. I had to Google that,” Buttigieg said of Alfred E. Neuman. “I guess it’s just a generational thing. I didn’t get the reference. It’s kind of funny, I guess. But he’s also the president of the United States and I’m surprised he’s not spending more time trying to salvage this China deal.”

Not only did Buttigieg highlight Trump’s recently failed Chinese trade deal, which mostly seems likely to hurt American farmers in the short term, but he also painted Trump as old and out-of-touch. It’s an insult which also alludes on Trump’s racist worldview and his promise to “Make America Great Again” by taking it into the past.

While Trump fans will likely repeat “Alfred E. Neuman” should Buttigieg ascend as his 2020 competitor, Buttigieg showed that he won’t let the nickname stick and that he’s quite willing to “stick it to Trump” in much savvier ways.