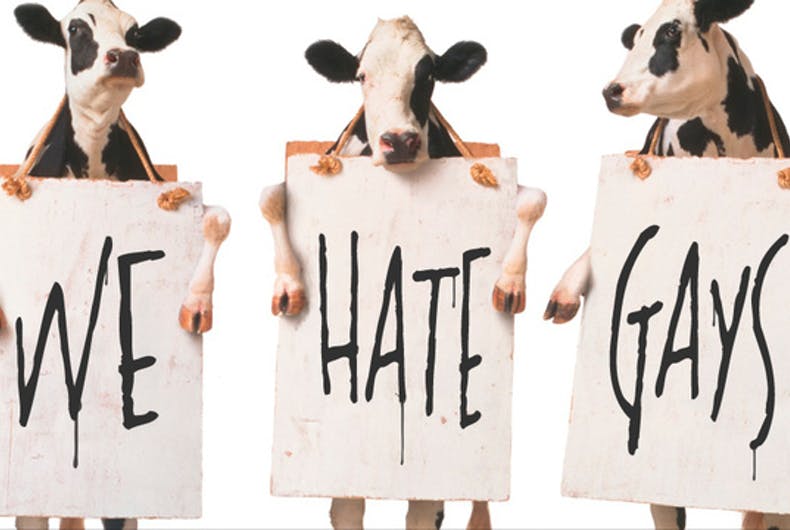 Televangelist and former Trump advisor Lou Engle has asked his followers to fast as a way to “free 100,000 LGBTQ souls.” And no matter what type of food-based fast they choose, Chick-fil-A – the chosen food of the anti-LGBTQ set – is off the menu.

The controversial anti-LGBTQ preacher has previously compared American civil rights laws to Nazi Germany, counseled Kanye West, and served as part of an evangelical back channel to Russia during the Trump administration.

Engle is partnering with the group Freedom March to promote the 40-day event. A “former” lesbian wrote a devotional guide while a man who has claimed to have been both gay and transgender at various times came up with the idea of the fast.

Jeffrey McCall, the head of Freedom March, a group that purports to cure people of homosexuality but has no proof of success, recently admitted that his stint as a reformed gay man hasn’t stopped him from having gay sex repeatedly.

The webpage for the fast clarifies that people don’t actually need to stop eating to participate if they just can’t give up their chicken sandwiches and fries. People (who care about fasting as much as McCall cares about not having gay sex) can just stop watching Netflix or log out of Facebook.

“This may be the first time the body of Christ unifies to pray specifically for the LGBTQ community,” McCall said. “I don’t know if this has ever been done at this scale. How beautiful it is that many would unite, fast, and take time to pray for these precious community that Jesus Christ paid for with his precious blood.”

“If McCall had an ounce of integrity he’d apologize for his rank hypocrisy and shut down his odious Freedom March racket before it ruins more lives. McCall’s own actions prove that he has no ability to ‘help’ anyone, starting with himself.”

McCall admitted to his sins on social media, writing, “In 2020 I met someone that I was trying to help (I was helping in other ways he didn’t deal with SSA [same-sex attraction]) which lead [sic] to me being unfaithful to Jesus and giving my heart away.”

“After denying what I wanted with him I then went on to fall sexually with a man when I felt wounded and lonely. This lead [sic] to multiple falls with men over time. (None of these men were Christians or people from ministry) Everytime [sic] I fell I would truly repent and turn away again. I would feel God’s love, mercy, and forgiveness sometimes before I could even finish the prayer.”

“It seems that the real message of the Freedom March is that copious amounts of closeted gay sex is okay, as you feel bad about it and pray after each encounter,” added Besen. “This is a tragic, pathological, toxic group that spews dangerous lies into our society. The Freedom March has been exposed as a false front and the only respectable outcome from McCall’s revolting revelation is for these dishonest events to end.”