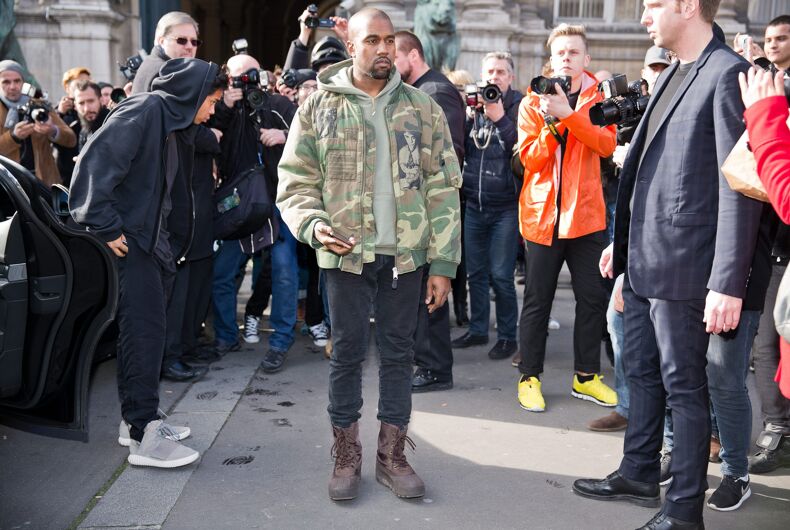 Rapper Kanye West announced he will appear at Awaken2020, a stadium-sized prayer rally hosted by some of the nation’s most anti-LGBTQ religious conservatives.

Now one of the organizers of the event has announced he will join an upcoming anti-LGBTQ “freedom march.”

Pastor Lou Engle will join “former homosexuals” in Boston to help lead a “rainbow revival.” Engle has said America has become like Nazi Germany because of gay rights. He helped fan the flames of hate in Uganda at a time when this nation was debating whether to enact the infamous “Kill the Gays” bill.

West, whose erratic behavior has seen him suddenly becoming a rightwing Christian and devout worshipper of Donald Trump, has been pushing his new gospel album. One of the songs is an ode to Chick-fil-A, the fast-food chain most frequently identified with religious controversy over LGBTQ rights.

The lyrics to the song “Closed on Sundays” include a repetitive reference to the notoriously anti-gay company, using the chain as a positive role model for Christians. While queer people and allies have been boycotting the restaurants, conservatives and evangelical Christians have rallied around it, igniting a feud around LGBTQ civil rights and marriage equality.

“For years [Engle] has been a guiding light standing up for truth, righteousness, and justice,” march founder Jeffrey McCall told the far-right evangelical outlet Charisma News. “It is so nice to have a general of God boldly step forward to partner with us!”

“What the hippies were to the Jesus movement of the 1960s, the LGBTQ could be to the next Jesus Movement,” Engle told the site best known for evangelical claims of demon possession and ministers who can raise the dead.

McCall hosts the events nationwide. They are always sparsely attended; last year’s march in Washington, D.C. drew only 36 people including speakers and children.