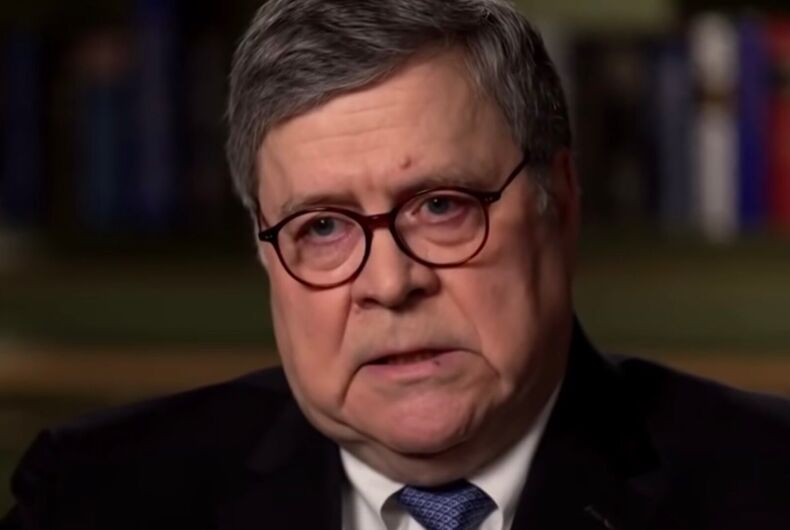 Bill Barr, former Attorney General under the Trump Administration, believes Melania Trump is “smarter” than Donald, according to his new book, One Damn Thing After Another.

In the book, Barr recounts a conversation with the former President in which Trump told him that Melania “saved” his job.

Related: Former Trump official admits her gay son is ashamed that she worked for the administration

“Melania. She came to your rescue,” Trump told him, as communicated in the book. “She is now your biggest fan.”

Barr responded, “Well, I could tell she has good sense.”

Trump replied, “We were watching the [confirmation] hearing together, and when I got angry, she said, ‘Are you crazy? Look at him. Right out of central casting. He looks and acts like an Attorney General! Leave him alone—he is carrying himself just right, and he will be confirmed, which is what you need.”

Barr also reportedly described Melania as extremely intelligent, writing, “I had always thought Melania was smarter than the President.”

Barr also spends a great deal of his book bashing former President Trump and urging Republicans to find a new leader, writing that Trump “went off the rails” after losing in 2020 and “has shown he has neither the temperament nor persuasive powers to provide the kind of positive leadership that is needed.” Barr also emphasizes that “The election was not ‘stolen.’ Trump lost it.” Barr has also voiced that he believes Trump is responsible for the January 6 Capitol Insurrection.

And yet, he admitted he will still vote for Trump if he is on the 2024 ballot.

He told NBC’s Savannah Guthrie that “it’s inconceivable to me that I wouldn’t vote for the Republican nominee because “I believe the greatest threat to the country is the progressive agenda being pushed by the Democratic party.”